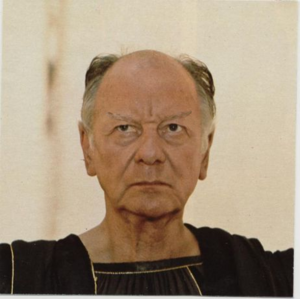 The father of Vulcan Starfleet officer Varaan, Solath was born in 2283, the son of a Vulcan merchant, Myrek. His childhood was fairly standard for a young Vulcan in an average family. The only detail of note being his natural aptitude for science. He was accepted to, and graduated from, the Vulcan Science Academy at an early age. After graduation, he remained at the Academy in a tenured teaching position. By the age of 35, he was an up-and-coming astrophysicist, and already a board member of the Vulcan Science Academy. In 2320 he was wed to T'mol, a diplomat who was quickly earning some renown in her field. In early 2330, T'mol gave birth to their only child, Varaan. Life seemed to be going fine until Varaan was old enough to attend the VSA. He lacked an aptitude and interest for science. Instead, he dropped out and joined the V'shar (Vulcan Intelligence). Solath did not approve of that decision, which put a strain on their relationship. Twenty years later, Varaan decided to leave the V'shar and (again against Solath's wishes) joined Starfleet. Despite all of Varaan's accomplishments, Solath refuses to acknowledge Varaan. Solath still retains the same position on the board of the VSA, and is on speaking terms with his daughter-in-law, T'lani, and his granddaughter T'iana. He is NOT on speaking terms with his son, Varaan, and in fact has refused to see him since 2353.