From 118Wiki
< User:Jansen
Jump to navigation Jump to search

Cadet Bran Mot, a Bolian, is currently in the final year of training at Starfleet Academy. 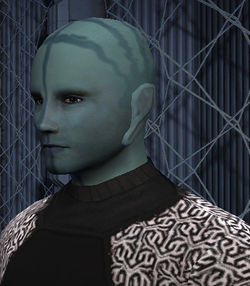 Growing up in a large Bolian family Bran felt the love and care from so many people focused on him. It helped him to grow into a confident friendly person. The adjustment to academy life was rough at first, with so few people around but he manages to always find ways to surround himself with friendly faces to help him succeed.

However with his time at the academy growing to a close Bran knows that the adventure is beginning and there are many ways family can be viewed.