From 118Wiki
< User:Didrik Stennes
Jump to navigation Jump to search 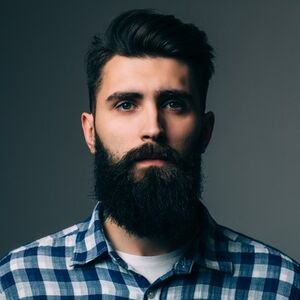 Rajik is a male Gideon cadet in the Federation Starfleet.

Rajik is a male Gideon cadet in the Federation Starfleet.

Rajik was born in 2263 on the Gideon homeworld. At the time, Gideon was vastly overpopulated, with 500 billion people living on the planet. When Rajik was 5 years old, a Starfleet captain named James Kirk inadvertently introduced a disease, Vegan choriomeningitis, into the population. Within 10 years, 98% of the people of Gideon had died from the disease. Rajik and his immediate family survived, and he lived out his childhood in relative peace and tranquility.

Rajik left school at the usual age, but did not pursue higher education right away. He moved out of the family home when he was 29 years old, but stayed close by for several decades. Eventually, he and his sister formed a successful folk duo that performed in venues all across the planet. Gideon physiology and the paradisiacal Gideon homeworld allows Rajik's species to regenerate their bodies to extend their lifespan, which Rajik did for the first time in 2295, and several times thereafter.

Rajik always possessed a curiosity about the galaxy, but was discouraged from leaving his home planet, as Gideons are incapable of regenerating their bodies off-world. By the 2390s, however, he decided it was time to learn more about the universe beyond Gideon, and he successfully convinced his family that joining Starfleet was the best way to do this. With their blessing, he enrolled at Starfleet Academy in 2394. Rajik has fears about serving in Starfleet because now that he has left home, his unique Gideon abilities can't help him, and the possibility of death is real for the first time. However, he thinks that aging and mortality are a reasonable price to pay to expand his knowledge and explore the galaxy.