Located on a busy corner of the San Francisco district of Starbase 118, Unity Club is a four-story entertainment venue, the largest of its kind aboard Starbase 118- open 24 hours a day. It is known for it's vibrant nightlife and can easily accommodate over 3,000 people at any one time. It originally opened as 'The Advocate' and catered to LGBTQ+ identifying individuals and was rebranded following a decree from Starbase 118's Civilian Council that stated all establishments must cater to all forms of sexual and gender identities. Additionally, structural damage to the building following Chennel's invasion of the station in 2394 also necessitated a refurbishment to comply with station structural safety codes.

Unity Club is currently owned by former Starfleet Officer Aaron Harrison and his Orion husband Thalaar. It was previously owned by Glenn Runym, an Argelian. 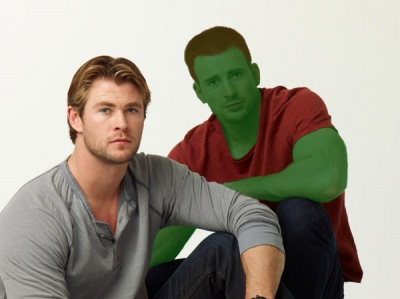 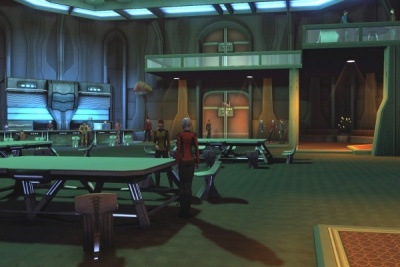 First Floor - The Three Tonnes is a cafe that serves snacks and coffee 24 hours a day. The menu is extremely expansive, covering food and drinks from every member world of the Federation and it's allies. 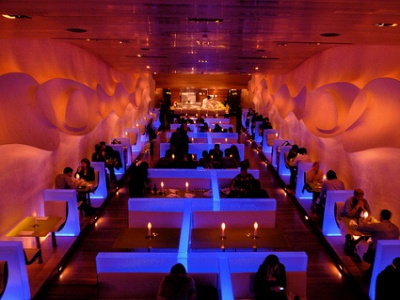 Second Floor - The Unity Restaurant is a formal dining establishment with a number of award winning chefs who offers a diverse range of fusion dishes from across the Alpha and Beta Quadrants and, more recently, has also begun to offer a small selection of dishes from the Delta Quadrant, brought back by Quantum Slipstream Drive enabled Starfleet vessels. 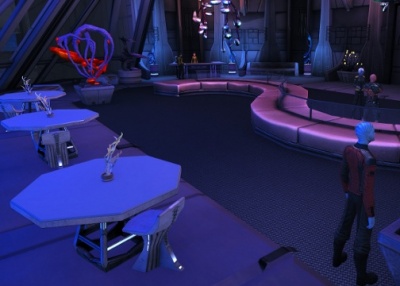 Third Floor - The Sunset Lounge, a relaxed 'chill-out' cocktail bar that serves the widest range of beverages available in the Commercial Sector (over 1,000). It is named for the iconic 'Samarian Sunset' cocktail- of which the bar offers no less than 47 different varieties. 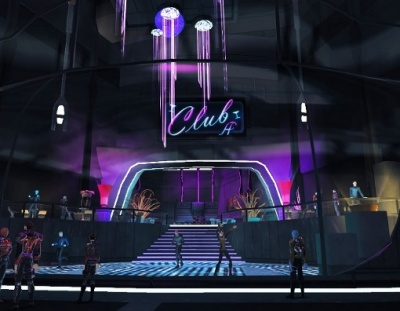 Fourth Floor - Slipstream, a nightclub boasts the largest dance floor on the station and is famed for it's themed club nights.