Unlike the Runabouts, Tactical Wing or Hoppers, this small Nova Class science vessel is not based on Duronis II, but instead is on spatial assignment and rarely more than one day's travel from the Duronis System. Under Captain Rocar's command, the CO rarely led a mission on his ship which, but it remained at his beck and call usually for a Federation Science Council mission to extensively survey and catalog pre-warp civilizations and spatial phenomena prior to its decommissioning of the Embassy.

On 238605.26 the Resolution NCC-78145 was assigned to Commander Toni Turner. Having served at the Duronis II Embassy after graduation from Starfleet Academy, she long envisioned serving there again as its Commanding Officer, and has met the challenge of getting the assignment on the Resolution to evenutally re-establish the Embassy with great anticipation. 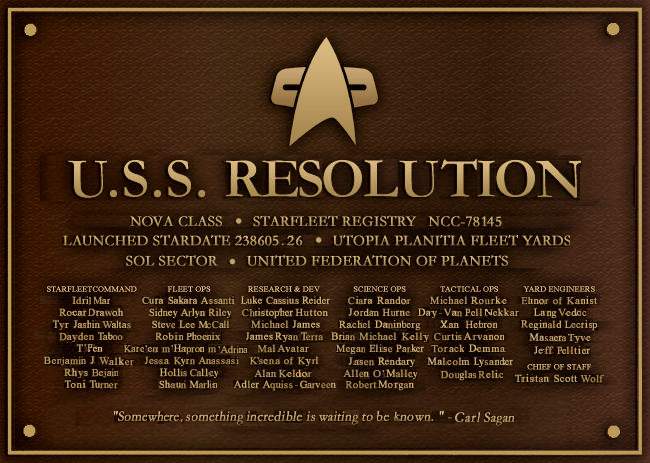