Difference between revisions of "USS Apollo-A" 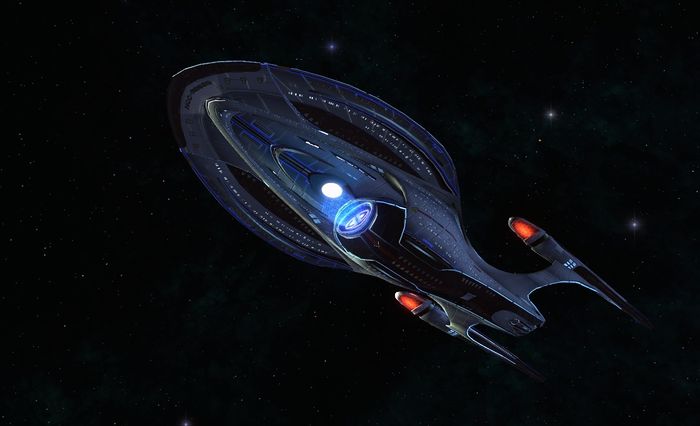 The USS Apollo is currently under the command of Fleet Captain Andrus Jaxx,
leading some of the finest crew Starfleet has to give into the far reaches of unexplored deep space.

On stardate 238902.03, the Achilles Class predecessor, USS Apollo, launched with a mission of peace and exploration of the far reaches of the Beta Quadrant, near the Typhon Sector. Sadly, on stardate 2391xx.xx, the ship was lost in battle against two Borg Cubes. The crew of the Apollo were on a classified mission and had to prevent a potentially dangerous substance from falling in Borg hands.

In the ashes of the incident, the crew was eventually reassigned to the next itteration of the namesake. The Odyssey Class, USS Apollo-A launched from Utopia Planitia on stardate 2391xx.xx. The ship was the newest and largest ever constructed by Starfleet. With her size, came a responsibility of the same size. Picking up where the original USS Apollo left off, the successor departed for the Typhon Sector to boldly go where no one has gone before.

With a mandate for deep space exploration, the Apollo-A would use her slipstream drive to extend Federation relations to systems unknown. They would act as an ambassador of peace, as they charted more of the universe. 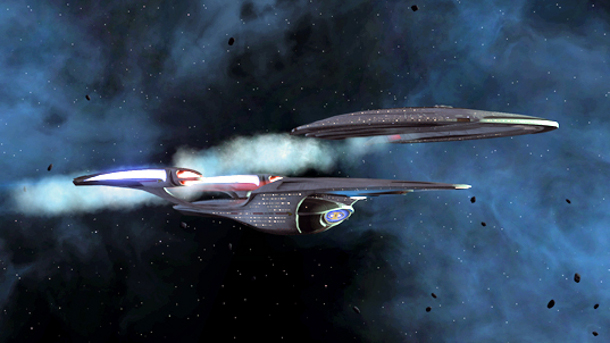