Difference between revisions of "USS Apollo" 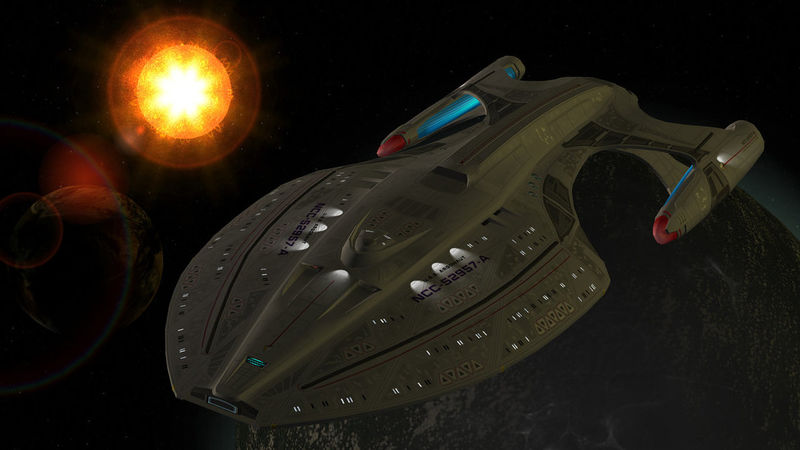 The USS Apollo was an Achilles Class starship under the command of Fleet Captain Andrus Jaxx. While enacting the Omega Directive, the ship was lost in combat with two Borg Cubes on stardate 239104.15. 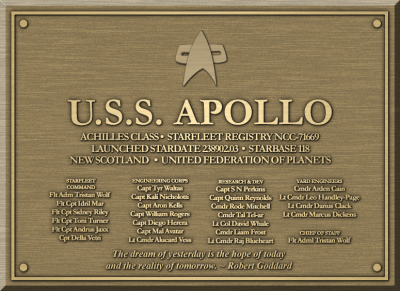 The Achilles class starship was designed to carry out the goal of defending the Federation. Now, it can explore deep where others have only dreamed of. With the tides of war behind the Federation, crews of ships tooled for battle would need to find new ways to push their vessel. Ships that had the ability to hold their own could be sent to explore far beyond the Federation’s borders, and still defend the Federation if needed. Completed at Utopia Planetia, the USS Apollo lacked the problematic THETIS AI system. The updated science section was installed during the original construction of the vessel, to retool it to serve a multi-mission purpose. The ship design was now able to modify its initial intent of defense, to exploration where back-up is far away.

On stardate 238902.03, Captain Andrus Jaxx was given command of the USS Apollo, NCC-71669. Leading her out on her maiden voyage, the Apollo would start her primary mission: deep space exploration.

After a year in service, the kinks of the Apollo have been worked out. The ship has been recalled for a slight refitting of the shuttle bay. The Apollo would now be the testing bed for the experimental Valkyrie Mark II Fighter.