Lieutenant Trelixxa Maeli is currently serving as a Helm, Communications, and Operations Officer aboard the USS Atlantis.

Trelixxa is an eager student, ready and willing to learn anything that will help her achieve her goal of roaming the stars. Because of her untrained telepathic abilities, she has become somewhat of a loner, though this is not what she would prefer. Trelixxa loves singing and painting, and finds great relaxation and pleasure in her basotile sculptures.

From as young as Lixx could remember she had a passion for the stars. The youngest of three children, it was easy for her to get overlooked in favor of the others, so she often spent her evenings on the roof of her house staring at the stars and wondering what it would be like to be out among them. When her parents finally figured out just how passionate she was about astronomy, they bought her a telescope to help her pursue her interest, all the while wondering if encouraging her would be a good thing.

By the time she was 13, it was clear that Trelixxa would eventually leave for the stars one day. Fearing the worst, her father, who Lixx had always idolized, tried to convince her that if she must one day leave for the stars, to not join either the Betreka Nebula League or the Federation Starfleet. Why? Because Rodulans were, as a general rule, peaceful people. Attraxxans, being the most likely to leave Rodul, were still peaceful. Ultimately, his impassioned plea would be ignored by his willful daughter, but not for several more years.

That’s not to say the stars were her only source of fascination. Trelixxa, like most Rodulans, was artistically inclined, in her case oil painting and music. Lixx was gifted with a magnificent soprano voice. Her skill with the oils was no less impressive. And of course, being Rodulan, she had a green thumb that many humans would envy, specializing in Rodulan flowers, especially the Rodulan Rose, a rose similar to the Terran variety, but much more colorful and without the thorns.

A few months after her sixteenth birthday, Trelixxa’s telepathic abilities began to manifest. Since there was no hard and fast rule as to when a Rodulan’s telepathic abilities might manifest, it took everyone somewhat by surprise. Nevertheless, since every Rodulan eventually manifests these abilities, there were procedures in place to train new telepaths to channel their abilities toward basotile, the only real way they have ever found to control their abilities. This was partially due to the fact that because they have four-lobed brains, other telepaths are blind to them, even other Rodulans. Even Betazoids find the Rodulan mind very alien and uncomfortable when they do manage to gain a glimpse. Trelixxa’s first basotile was completed a few months later, and naturally, it appeared as the Basul Rodul system.

When she was 25, Trelixxa finally decided to apply to Starfleet Academy and was invited to take their entrance exam. This would mean a brief trip offworld, something her family was reluctant to allow, but which excited her to no end. She passed, barely, and once again left Rodul, this time to become a Starfleet Cadet. Her best classes at the Academy were those that would make her a great pilot and/or starship helmsman. Classes such as Astrometrics, and Astronavigation. Things were going fairly well for her at the Academy, until what should have been her final year.

Because her telepathic abilities are untrained, as all Rodulans, she often picks up background “noise” from other people’s thoughts. For the most part, Trelixxa has taught herself to ignore these sounds, much like anyone tuning out the background conversations of a room full of people. However, such activity eventually becomes painful to her, a side-effect of Rodulan telepathy, as a result, Lixx has become someone of a loner, preferring to be alone rather that be inundated by the thoughts of those around her. One night, however, several of her fellow cadets wanted to go celebrate their successful end of term exams and Lixx, not wanting to be excluded, was convinced to join them. While at the bar where they had gone to celebrate, Trelixxa happened to catch a stray thought that she was certain she wasn’t meant to hear. Realizing the originator was plotting to murder someone in the bar, she decided to take preemptive action. Despite the fact that she was nearly at the bottom of her class in hand-to-hand combat, she decided it was her only option. Before the man knew what had happened, and much to her own surprise, he was down on the ground, unconscious.

Unfortunately, while she may have saved the woman’s life that night, the potential attacker was released since he didn’t actually commit a crime. Furthermore, the local law enforcement agreed to let Trelixxa face charges at the Academy. In the end, the Academy Superintendent ruled that her use of telepathy, whether intentional or unintentional, was not justification for preemptive action, and that her taking such action violated the standard, rules, regulations, and protocols of Starfleet. Consequently, Cadet Maeli was set back one year and was not allowed to graduate with her class. Now, a year later, she has finally passed her final exams and has begun her service in the fleet. 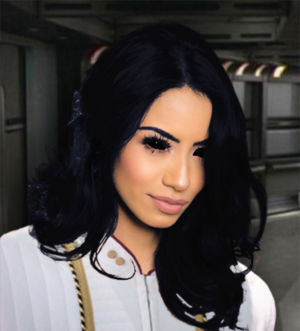