From 118Wiki
< User:Trekkie0587(Redirected from Trekkie0587/Character Sandbox2)
Jump to navigation Jump to search

Ross Alexander Kincade was born on stardate 233104.28 in Inverness, Scotland. He is the laird of the Kincade clan. Before his retirement, he served as an Ambassador of Scotland, representing his people as a member of the Planetary Council. Ross is a lively Scot and very personable. He's well liked by most he meets and he's very compassionate towards others. He's not feared as a leader, merely respected. He has a tendency to shut out the world in order to prepare and deal with the pressures of the outside world. He met Alexandra at a Planetary Council meeting when she protested, quite verbally, one of his suggestions to strengthen the Council.

Alexandra Elizabeth Wade was born on stardate 233309.14 in Bath, England. She is a healer. Before her retirement, she served as an Ambassador of England, representing his people as a member of the Planetary Council. Marie is a traditionalist who doesn't like to stray from what she's been taught. This created conflict between she and Ross at first; however, she learned to adapt a flexible personality when dealing with the traditions and beliefs of others. Despite this flexibility, her traditions are very much ingrained and she expects her children, most especially her daughter, to abide by them.

Elina's older brother Ross Christian Kincade was born on stardate 235608.12. He is a charismatic individual and makes friends easily. He is seen as wise and very open to change. His father is grooming him to be the next laird of the clan. Many of the clan are confident in his leadership abilities given his charisma. He always stays close to home because of a desire to be surrounded by those who love him. He is betrothed to Fiona Ailise MacNeil, a sweet and vivacious woman of 25 who is very supportive and understanding of him becoming the next laird.

Elina's younger brother Douglas Michael Kincade was born on stardate 236002.11. Like Ross, Douglas is a very outgoing individual and makes friends easily. Those whom he befriends have his unswerving loyalty. He is quick witted and strives to be different and unique. He is a bard and enjoys spinning tales of clan triumphs to spread across Scotland. He is courting a young American woman of 23, Christine Richelle Thomas. She's a lively painter who enjoys creation above all else. She's a sensual lover and is very committed to Douglas in every aspect of their relationship.

Elina was born in Inverness, Scotland on stardate 235812.17 to Ross and Marie Kincade. She is the middle child of three. Most of her childhood years were spent chasing her brothers and several other town boys around the lochs of Scotland. She refused her father’s attempts to match her with a husband. At age 14, her mother began training her in the duties of a laird’s wife. She learned crafts such as washing, sewing, and the running of a household. Her mother also educated her in the areas of literature, mathematics, theater, languages (French and Italian), and history.

Outside of her normal education, she and her brother Ross would sneak off to a secluded keep in the woods and he would teach her how to fix replicators and other machines important to the supply of their lands. It was at this time that Elina realized her mechanical ability and her interest in fixing things.

At age 16, Elina began studying to pass the Academy entrance exam. It wasn’t until age 17 that she expressed her desire to study engineering at the Academy to her parents. Her father was disappointed, but supported his daughter’s decision. On stardate 237606.17, Elina took the exam and passed. She was admitted to the Academy on stardate 237608.15 as an Engineering cadet.

After her four years of preliminary schooling were completed, Elina decided to take a post as an Engineer aboard an Earth Cargo freighter, the Valdise.

She served aboard the Valdise for four years before returning to complete her Cadet cruise.

While on the Valdise, she temporarily served as a nurse after several nurses in Sickbay left for more prestigious positions.

After her Academy graduation, she served as an Engineering Officer aboard the USS Eagle. During her time in Engineering, she was assigned to repair back braces for an Andorian who had been severely injured. This is how she met Tal. Despite the combative start to their relationship,the two grew close quickly and they helped heal one another--Tal, Elina's broken heart and Elina, Tal's broken perception of himself.

Shortly after Elina took a new posting as a Nurse aboard the USS Eagle, Tal departed for the Challenger-A. Elina remained aboard the Eagle for only another seven months before deciding to follow Tal to the Challenger-A. They found that their time apart hadn't done anything to dull their love. They sealed their commitment to one another when, on Christmas Eve, Elina and Tal were handfasted amongst family and friends at Elina's home in Scotland.

Over the months following, Elina realized her desire to have Tal's children. They began working on a way to ensure safe combination of their different biologies. Before Elina could complete her work, she found herself pregnant with triplets.

The pregnancy was very hard on her, but on stardate 238710.19, she gave birth to two healthy girls and a healthy boy. In the months leading up to Christmas, she began to plan her and Tal's formal wedding. On stardate 238712.25, they officially became man and wife.

Following their union, she served as Chief Operations Officer until her retirement from Starfleet 2388.04 to care for her and Tal's children. 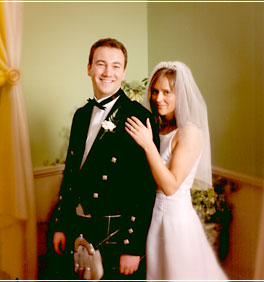 Elina's parents on their wedding day. 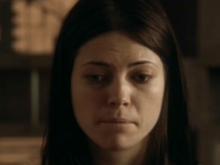 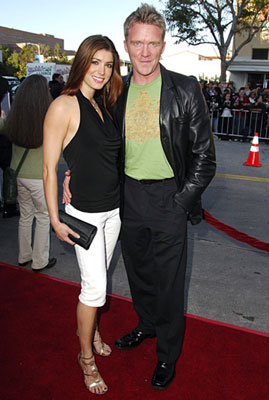 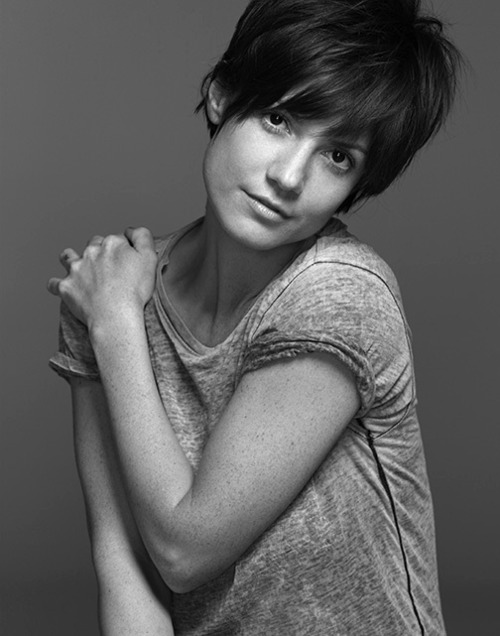 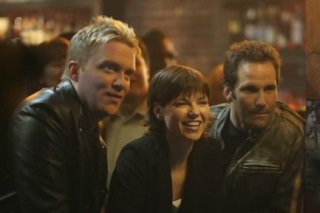 Elina and her brothers. From left to right: Ross, Elina, Douglas 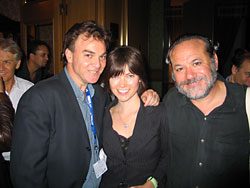 Elina and lover Nikolai and his father. From left to right: Nikolai, Elina, Arturi

The Kincade clan crest and tartan.

Anjar's friend, a 28-year-old Engineering Officer serving aboard the Veritas.