From 118Wiki
(Redirected from Torken, James)
Jump to navigation Jump to search

Lt (jg) James Torken is currently a Science officer aboard the USS Mercury.

Being a sole freighter pilot for several years, being alone for long periods of time has grown on him. He is quiet around crowds, till the ice is broken. It takes James time to adjust to his surroundings and acquaintances. His Personality portrays confidence in his life experiences.

James loves to take the time for a little game of concentration, using the Altonian Brain Teaser. [[3]]

After years of attempting to complete a cycle, he humbly admits, he has yet to achieve complete clarity of mind and focus. 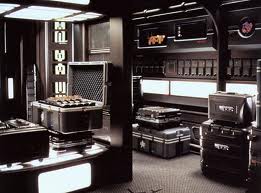 Many times he would request the area adjust its sound deadening abilities to allow freedom to practice and play his cornet (trumpet).

Most Obvious Oddity upon entering his personal quarters is a family heirloom. A rather large, blue fluted Bowl. Polish pottery made of high quality stoneware. Hand crafted at the famous Ceramika Artystyczna factory. The hand-painted surface of the wide pottery bowl is perfect for the dinner table or to display on the living room coffee table. Sure to be a conversational piece.

Torken has several self contained hydroponics chambers in his personal quarters. To the right upon entering his quarters is a chamber that takes up most of the wall. This chamber has various flora in different stages of growth. An ongoing project needing constant care and adjustments to the nutrient flow conduit.

Describtion of goals and amitions

James has lived a well satisfying life thus far, many ambitions have been considered and many have already been met. At the encouragement of family and friends he joined Starfleet, another AMBITION to add to the bucket list? James exhibits ambition and determination to excel at academy, not to prove to others, but to prove to himself there’s still something to learn and something to be good at.

At an early age he wanted to be just like his father, a certified pilot for ECA. (Earth cargo Authority) that ambition came to pass at 16.

FAMILY TIES: James Is a avid believer in Family ties. He regularly takes the time to contact, or leave a message when contacting family members. He makes contact with at least one member and then allows them to disperse updates to the other family members. Mother is his most used contact back home. Mom is always talking about how, what, where James Torken is currently.

Parents were NOT involved with UFOP or Starfleet. But our family was involved with Starfleet three generations ago. official contact skipped 2 generations. James Torken was the third gen. Still gathering information, but a Great Grand parent somewhere, somehow was in Star fleet. James focus on the connections currently related to his Mother's sister's Husband family which seem to know something about the "Torken Tie".

The Earth Cargo Authority was a government body on Earth that regulated the Earth Cargo Service during the 22nd century. Cargo ships involved with the ECA usually required a license to operate. [[4]]

The Earth Cargo Service (or ECS) was the primary operating agency governing the operations of Earth-registered interstellar cargo transport vessels in the first half of the 22nd century. [[5]]

((OOC: You are able to create a page by typing [[/Personal History]]))

Link to sims that you might have put on the Wiki or are on the Ronin's website.