1. Conduct the opposed seizure of adversary infrastructure both in space and on planets
2. Secure critical infrastructure and assets against dedicated adversary combat forces
3. Train allies and proxy forces in the conduct of armed conflict
4. Augment Starfleet Security 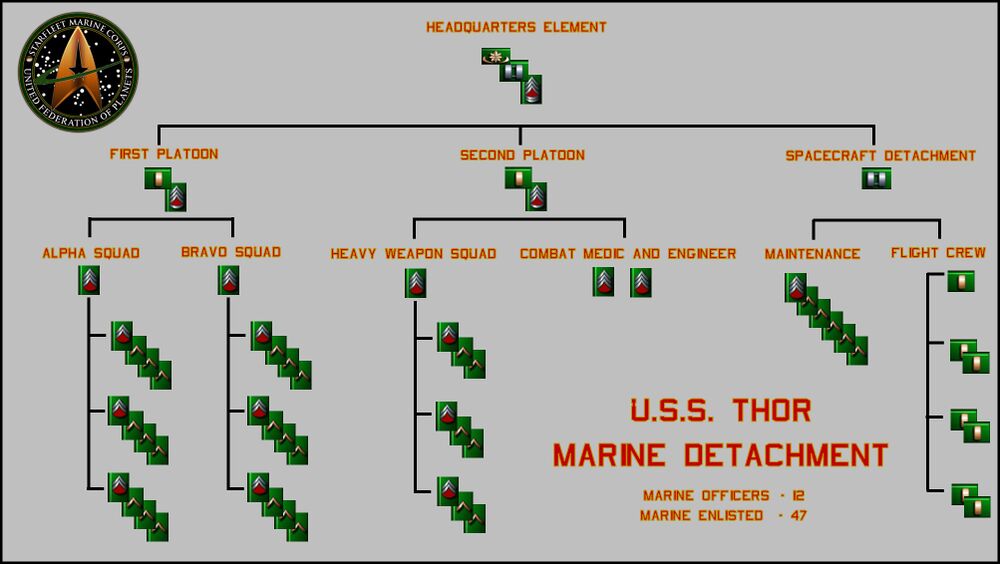 The USS Thor has an assigned detachment of 61 Starfleet Marines. The actual strength on hand varies from time to time due to leave, injuries, and vacancies. The detachment consists of two platoons overseen by a headquarters element.

Second platoon consists of the detachment's specialists and contains a squad of combat engineers, six combat medics, and a squad of heavy weapon specialists.