From 118Wiki
< Theo Whittaker
Jump to navigation Jump to search

These are the mission logs of Lieutenant Theo Whittaker for the period he was assigned to the USS Columbia , where he was originally assigned as an engineer before rising to the position of Chief Engineer.

"Between the Rock and a Hard Place" 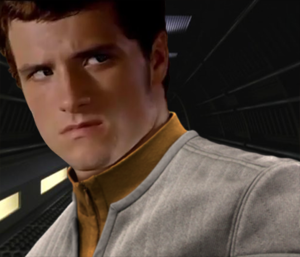 Theo struggled to understand the events of his first mission aboard Columbia.

Arriving aboard the Columbia while on assignment in orbit of Piktar II, the new ensign was put to work immediately by Captain Benjamin Livingston to help decipher a musical communication transmitted by a Ferengi vessel also operating within the Piktar System. The communication was discovered to be a delivery system that housed a dangerous artificial intelligence/cybernetic lifeform called Providence that used Columbia's holo-emitters to appear as seven year old human girl. Theo and security officer Ensign Tatash managed to initiate first contact with Providence who revealed her purpose was to integrate a weapons system known as 'Mercy' into her programme and that she was initially created to care for starship crews before having her programming perverted. Theo and Tatash helped Captain Livingston persuade Providence into helping them instead of carrying out her mission. However, her creator began to decompile her programme having been apprehended by an away team on Piktar II, and Theo was only able to save 10% of her original programming. Discovering that Starfleet had sanctioned Providence's creation and that a secret sub-section of the organisation had carried out the subsequent modifications, Theo was deeply troubled although he was counselled by fellow engineer Nuvia Oori. For his efforts during the mission he received a promotion to Lieutenant (Junior Grade). 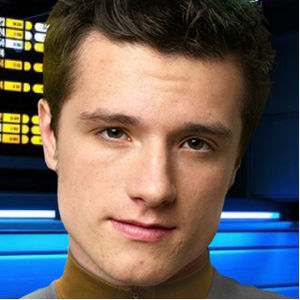 When Columbia is assigned to revisit the Romulan world of Avronis V following a request for help (which led to Captain Livingston venturing there on his own), Theo and Oori were assigned to modify a trio of shuttles that could operate within the planet's toxic, radiation afflicted atmosphere while also offering improved speed and agility in case of a Tal Shiar presence. Theo uncovered a number of dangerous oversights on the apparent part of Starbase 118's docking bay staff as well as sabotaged shuttle systems, which lead to Lieutenant Commander Brek expiditing their departure fearing that someone was attempting to prevent them from reaching Avronis. Investigating an open Jeffries Tube hatch on Deck 3 (another security lapse), Theo was viciously assaulted by a cloaked intruder who left him for dead as it fled. He was found by Oori and Ensign Mirra Ezo where his severe maxillofacial trauma and other injuries were repaired by Doctor Johanna MacLaren. While recuperating, Theo came up with an idea to use the holo emitters to detect cloaked intruders- although the intruder was apprehended before they were modified. Brek then had Theo cleared for duty so he could assist in the planning of a covert operate to destroy an Iconian Gateway on Avronis at the behest of beings claiming to be Iconian. While installing a cloaking device- obtained from Tal Shiar prisoners- on a shuttle, Theo met Antero Flynn for the first time and was immediately attracted to him- although he failed to realise this. The covert mission was a success. For his dedication to duty, Theo is promoted by Columbia's new C.O.- Brek- to full Lieutenant and became Columbia's Chief Engineer. 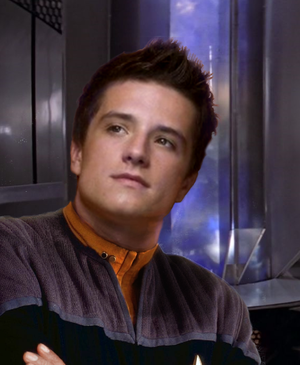 Theo at home in Main Engineering.

Theo was still coming terms with his recent assault and also dealing the sudden departure of his friend Tatash when Columbia was assigned to investigate the planet Hemix in the distant Skalur Expanse as part of Operation Knife Point. An island on the planet, previous reported as barren by the Romulan Republic, had spontaneously developed a complex eco system. Theo was assigned to accompany new Intelligence Director Captain Nugra and Security Chief Lieutenant Commander Tyler Kelly on an intelligence gathering away team to investigate reports that pirates were using the island as a base of operations. While en route to Hemix, he devised a method of using the main deflector to create modulating neutrino beam against Columbia's warp field which would dissipate any thorium particles (commonly found in the Skalur Expanse) before they reacted with the duranium in Columbia's hill. Seeking to confront his nervousness since his assault, he confided in Doctor MacLaren that he felt continually on edge and was easily surprised following the assault. He began the healing process when the Chief Medical Officer assured him that it was normal following a traumatic events. Once planetside Theo discovered an energy field that he could identify and was subsequently captured by a band of pirates led by a Bolian, Chennel. Lieutenant Commander Kelly engineeres an escape attempt and Theo briefly toussled with the self styled 'pirate queen', who manged to cut his cheek with a hidden blade but was stopped by a feral Nugra. Along with Kelly and Ezo, he fled into the jungle emerging on a large grassy plain- leading them deeper into the deadly isle. After another confrontation with Nugra left Ezo and Kelly seriously injured, Theo stunned Nugra before the away team were transported aboard Chennel's vessel. He was taken to the bridge and during Chennel's dialogue with Brek was tortured with a Klingon pain stick for the whole bridge crew to see. Rescued by the Columbia when a 4th dimension creature ensnared the raider, he was subsequently relieved of his duties for medical reasons. 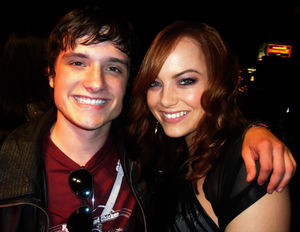 Theo and Mirra Ezo on shore leave on Echevarr.

After discovering the presence of fistrium on Estava, a Romulan colony world that had mysteriously fallen silent, Theo engineered a special paint coating that would allow equipment and ship-to-shore communications to function. While attempting to circumvent circumvent a jamming signal, he was exposed to a strange communications signal that gave him a bad headache. Shortly afterwards he collapsed in a turbolift. While unconcious, he experienced a vision of a mutiliated Crewman T'Laris and then witnessed the death of a Reman miner at the hands of a composite of limbs. Coming around in Sickbay, he was surprised that Doctor Johanna MacLaren had experienced the same events. She then discovered that the assault he suffered during the events of "Paved with Good Intentions" had left him with genetic damage that could have left him with telepathic capabilities. After discovering T'Laris dead in her quarters- in much the same manner as in his vision- he realised that he was retrocognisant: he could see events that had already occurred. At the conclusion of the mission, Columbia was decommisioned due to Commander Brek's resignation and he was transferred to Starbase 118 Ops, seperating him from his friends, which led to an emotional good bye with Mirra and Antero.

Following the events of 'Nightmare', Theo was transferred to Starbase 118 Operations as it's Chief Engineer.