The Watchpost is the name of the aft lounge on the USS Vigilant. 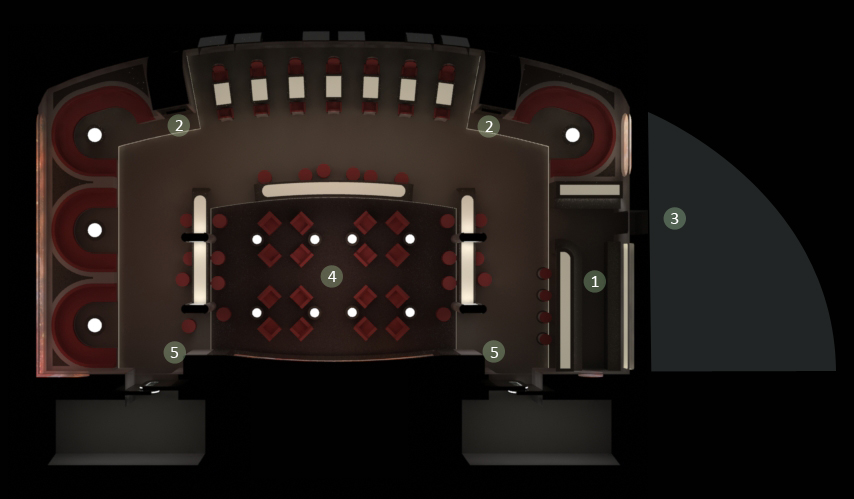 The Watchpost is currently managed by Jyoslav Strus, who is its primary bartender and barista. (Additional staff may be brought on board if warranted.)

Under normal conditions the lounge is never closed. However, crew serve themselves from the replicators (2) if no lounge staff are on duty at the bar itself (1). Strus had originally intended to be present between 1600h and 0200h. (As this would provide no service to the gamma shift, it remains unsatisfactory to him, and a reason to seek additional staff.) While work remains to be done to complete the lounge, however, his schedule has not yet stabilized. 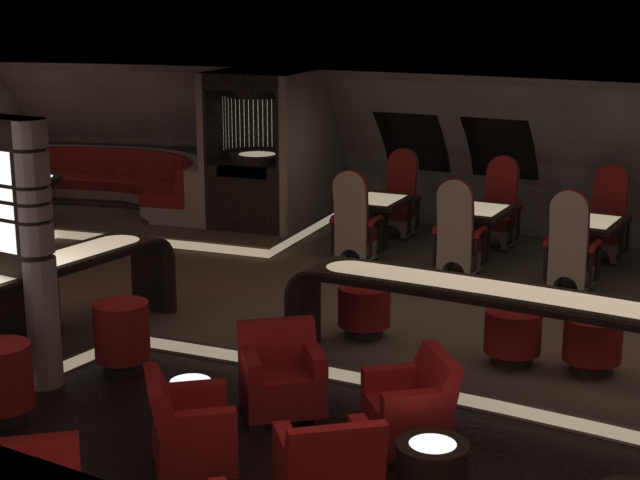 The replicators are big enough that, when someone requests multiple items, the items will be replicated on top of a clear polymer tray approximately the same size as the small tables in front of the large viewscreen.

Depending on how busy the lounge is, Strus may have time to favour a guest with a dish which he has personally prepared to some extent-- anything from tweaking the presentation of replicated portions, to the substition of one of his own replicator recipes for a standard Federation formula, to something he has entirely baked or grilled himself.

Strus also brings to the lounge a few small, portable, ornate replicators with unusually slow and showy materialization routines; he will sometimes set one of these before select guests if he is too busy to attend to their requests himself. These replicators are not available for use when Strus is not on duty.

As there is normally only one service person or none, crew are expected to clean up after themselves, placing used items in the recyclers at the exits. (5)

The space occupied by the Watchpost is designated an 'observation lounge' in most Intrepid-class vessels because of the row of six windows along the rear wall. But the windows themselves are too small and too deeply-set to provide much of a panorama. The eyes of Watchpost patrons can rest instead on any of a number of active display surfaces -- the main viewscreen between the doors, the 'windows' along the side walls, and the 'skylights' overhead. By default, Strus will have these displays set to show the most beautiful stellar phenomena he can locate.

The space directly in front of the main viewscreen (4) is covered in a hardwood laminate over a cushiony underlayer. The combination provides a surface suitable for dancing if occasion arises. In such a case, the chairs, stools and tables in that sunken area will be relocated around the rest of the lounge. Patrons who prefer not to sit, such as Brikar, can stand either in front of the primary serving bar or on the dance floor next to the bars along each side.

A short hall leads from the bar area back to the storeroom (3), where the Watchpost's supplies of rare and specialty beverages and foods are kept. 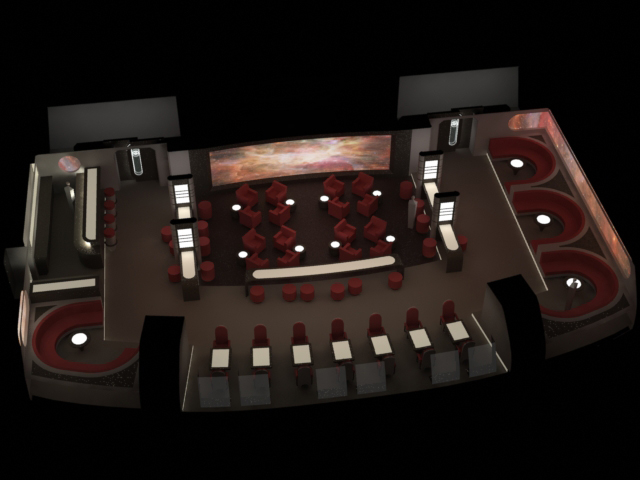 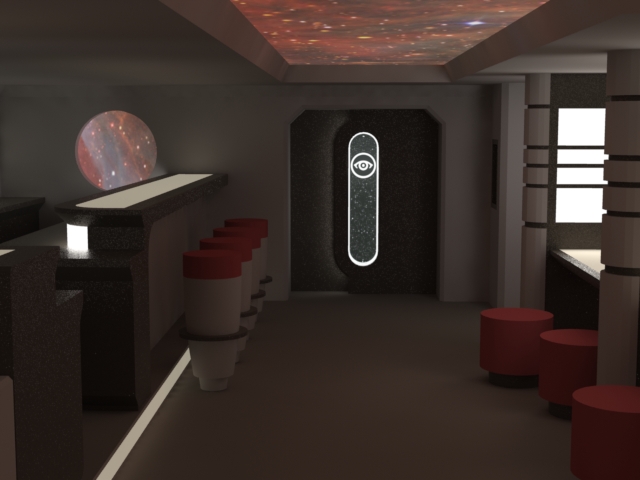 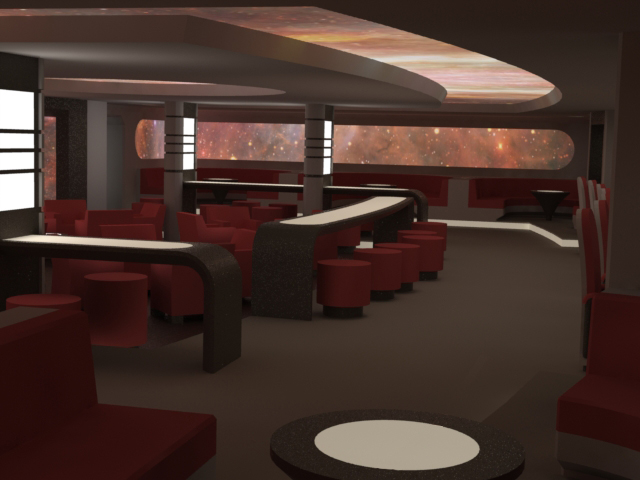 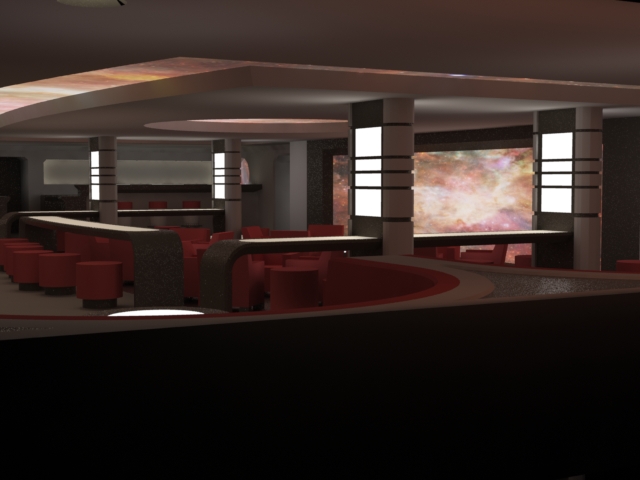