Difference between revisions of "The Battle Of New Year's Day (Columbia)" 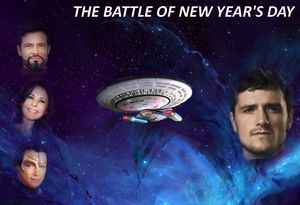 The passage of a new year into 2396 on the Earth calendar would have gone unchecked except for an unprovoked attack upon the USS Columbia. While the ship is completing a visit to Dehner Base on Delta Vega I, an unknown assailant appears near the second planet and quickly fires upon the starship. Quick responses from the crew throw the ship into a heavy space battle. The ship's impulse engines are quickly disabled. The crew implements a plan by Ensign ch'Ranni to fire an ionized nadion pulse from the main deflector at the assailant to disrupt their sensors. Lieutenant JG Duyzer suggests a plan to launch a probe to boost the Columbia's own sensors while providing for communication with the enemy vessel. After the failure of the ship's shields, boarding parties beam to the Columbia. Lieutenant Commander Solis and Ensign ch'Ranni encounter a group of hostiles in Deflector Control while Commander Thoran, Lieutenant Commander Jolara and Ensign Gottci head to Main Engineering in response to reports of another boarding party.

Meanwhile, members of the crew from the attacking ship, the Eildyr, beam to Dehner Base. They had been covertly observing the construction of the new base and are searching for mysterious artifacts recovered from a nearby archeological dig. The discovery of these artifacts by Professor Olivia Sellards' team was intentionally hidden from the Columbia's crew. The attackers retrieve the artifacts and beam away to their waiting ship. 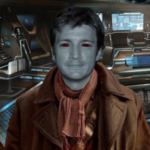 Upon returning to the Eildyr with his spoils, the Losarian Captain Kaironn contacts the Columbia to try to talk his way to safety. He portrays himself as caught in a big misunderstanding. Lieutenant Commander Ezo, Ambassador Kalianna Nicholotti, and Ensign Hol begin a conversation with the outwardly cooperative Kaironn. Meanwhile, Captain Whittaker and Lieutenant JG Duyzer attempt to communicate with the personnel on Dehner Base in the conference room by using the probe launched earlier. The thieves abscond with the stolen goods when they discover that the Columbia is in contact with the base and their ruse has failed. The Eildyr engages emergency warp and heads for the Spiral Nebula to wait and make repairs. Can the Columbia recover and give chase? 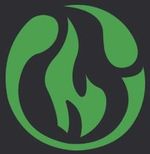 Professor Jev crim Glev- Dehner Base's lead archeologist- reveals that the relics stolen from Dehner Base are of Tkon origin, an ancient and powerful civilization that died out more than 600,000 years ago. The priceless artifacts could be very dangerous in the wrong hands. He also explains that much of the information about the Tkon Empire is mere conjecture; built from the myths and legends of several dozen species. There is very little concrete information about the Tkon besides their ability to move stars across the cosmos and that they terraformed worlds, placing sentient computer programs on them known as 'Portals' to guard them.

Commanders Tatash and Ezo interrogate some of the captured boarders and slowly uncover details of Kaironn's plan. Lieutenant Duyzer and Ensign ch'Ranni are tasked with finding the likely position of the foe. In the Astrometrics Lab they use sensor data to follow the path of the Eildyr to a Class 9 Nebula. Commander Walker, despite injuries, is able to make repairs and get the impulse engines patched in record time. Unfortunately, she is exposed to a radiation stream in the impulse manifold and must be transported to the Biohazard Ward for treatment. Walker devises a plan to project a holographic avatar of herself using mobile holo-emitters and a neural link so that she can continue to work while remaining in containment for radiation treatment.

With the ship repaired enough to give chase, the order is given to head for the dangerous nebula. Commander Thoran, Lieutenant Danni James, Ensign ch'Ranni, and Ensign James Colquhoun are tasked with finding a tactical advantage in the coming fight. Commander MacKenna, Solis, Jolara and Lieutenant Duyzer are instructed to learn all they can about the enigmatic Tkon Empire. Is the Columbia headed to another dangerous showdown?

In route to the nebula, Commander Thoran's team devises a plan whereby a probe is modified to send out false sensor signals matching those of the Columbia. Two other probes are altered to use millimeter radar technology and mobile tractor emitters to find and hopefully anchor the Eildyr in place when it attacks. Ensign Colquhoun also suggests the use of positively charged photon torpedoes to generate electrical discharges inside the nebula to fore the Eildyr from its secure spot. Unfortunately, the captain of the Eildyr realizes the sensor signal is false and launches an antimatter torpedo of his own at Columbia, mirroring their tactic of a fake transponder signal. The torpedo detonates near the Columbia but it escapes into the nebula to continue the fight.

The crew's next tactic involves stopping all movement near the launched probes, as the displacement through the nebula was giving the probe away as a false reading. When the Eildyr emerges and fires at the Columbia, the proximity detonator on their missile mistakes a probe for the Columbia. The Starfleet vessel is able to use the modified torpedoes to create an interaction with the nebula's particles and drain the Eildyr's shields. An away team of Thoran, Tatash, MacKenna, Solis, and Lor transport aboard the enemy ship.

The away team begins to uncover some strange details aboard the Eildyr. They discover what appears to be a kill room with nozzles that dispense toxic substances, though this is later discovered to be a food preparation room. A creature communicates with the Betazoid Lieutenant Lor telepathically and warns them about the danger of the Tkon artifact. It has been mutated by an improperly used Tkon artifact that is similar to the one they are seeking and the entity is in the process of suffering a painful death. At the same time, Captain Tarius Kaironn speaks with Captain Whittaker. After a brief display of resistance the enemy captain throws himself on Whittaker's mercy and offers himself in exchange for the freedom of his ship and crew. Although not entirely happy with the arrangement, Whittaker agrees to his terms and the crew make arrangements to beam Kaironn aboard.

After Kaironn had been beamed over with his ship moving away at high warp, the Columbia picks up a warp trail of an incoming ship. They soon discover that this ship appears to be of Losarian configuration. The Columbia is brought to Yellow Alert, preparing for a possible second attack. Just as Lieutenant Duyzer, temporarily left in the center seat, wanted to inform the captain, but was interrupted by an incoming hail from the Losarian ship.

Duyzer cautiously made contact, and quickly learned that Commander Ellin Marayn of the Imperial Losarian Commonwealth starship Illrith had been looking for the pirate ship Eildyr for a long time. She expressed the upmost gratitude for capturing the man. Meanwhile, Kaironn managed to override the Columbia's security and beam aboard all crewmen that had boarded the Columbia. They made arrangments for Marayn to beam aboard to the Columbia to talk with Captain Whittaker. Who will win the fight over captivity of Kaironn?

Gijo, Kavolian, Crewman of the Eildyr (captured during boarding of the Columbia) - played by Jona ch'Ranni

Belack, Sopressian, Crewman of the Eildyr (captured during boarding of the Columbia)

Ellin Marayn, Losarian, Commander of the cruiser Illrith who has been pursuing Kaironn and his crew for some time - played by Theo Whittaker.