Hair length: Longish (hanging down to just below shoulder blades)

Tattoos/Scars: Although it is not visible, Tasha's left arm is a prosthetic from just below the elbow down.

Tasha is often described as overly energetic or hyperactive and is a big child at heart. She finds everything amazing and almost always has a smile on her face. If somebody tries to challenge Tasha's view on something she will staunchly defend her view, often to a ridiculous extent. Tasha doesn't get angry very easily but when she does she usually resorts to yelling and name calling. When she gets nervous Tasha tends to start blathering.

On Duty: Standard Starfleet uniform, with a belt holding an array of pouches and tools.

Off Duty: Tasha prefers to wear comfortable, loose shirts and trousers. She is not very fond of skirts or dresses, and only wears them on formal occasions. Although she will often be seen wearing a kilt, a kilt is not a skirt and those people who have tried to tell Tasha otherwise were very sorry later. 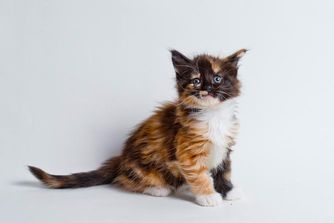 Her Father Robert MacFarlane worked as a teacher at a primary school before the Dominion war. After the war he began teaching applied physics at a high school.
Her Mother Natalie MacFarlane is a holonovelist.
Her Uncle and Aunt, Julian and Emma MacFarlane, both live on Mars and work at the Utopia Planitia Fleet Yards

Tasha MacFarlane was born on Stardate 236906.01 to Robert and Natalie MacFarlane. There is a history of Engineers in Tasha’s family with bother her father and uncle being excellent ones. When she was 4 years old her father joined Starfleet as an enlisted engineer to help fight in the Dominion war. Roughly 14 months later they received a report stating that her fathers ship had been destroyed and all hands were assumed lost. It came as a shock when shortly after the war Robert returned home having spent time as a prisoner of war among the Dominion. Upon his return he took up a job as a Physics teacher at a local school and much of what he taught there rubbed off on Tasha at home, leading to, among other incidents, Tasha burning down half their house trying to take apart their food replicator to see how it worked. Later that year on Stardate 237609.17 her parents had a second child, a boy they named Nicholas. Tasha loved her brother and despite the difference in their ages they were very close growing up. When Tasha was 11 her school held a science and technology fair. Tasha entered the competition with a scale model of the famous USS Enterprise-A, complete with working engines, allowing her to fly it with a remote control, and working phaser banks, low powered as to not accidentally hurt someone. She won the competition. At school from this point Tasha began to take subjects that allowed her to hone her budding engineering skills. Upon leaving school at 18 she moved to Mars and joined her aunt and uncle working at Utopia Planitia Fleet Yards as an assistant engineer. She worked there for a year and a half before her uncle urged her to join Starfleet as he believed she was wasting her talents. She applied to the academy and was accepted very quickly. At the academy she majored in Engineering and decided to minor in Helm and Navigation. Tasha aced all her Engineering courses and did well in her other courses. On Stardate 239311.22 she completed her training cruise and was assigned to the USS Gorkon.

- During this Mission Tasha was absorbed and trapped by one of the shape shifting creatures that came to be know as the Seraphim. She was eventually released in a prisoner exchange, but suffered from nightmares for weeks afterwards

- During this Mission Tasha had her left hand brutally torn off by a creature from a subspace dimension. She went into severe shock and had to be taken back to the Gorkon to be treated. She is currently working on getting a Prosthetic replacement.