1st Lieutenant T'Aven is a PNPC, played by Jalana Rajel. She was a Marine Fighter Pilot as part of the former Marine Wing. After the Marines were disbanded from the Constitution, she remained Marine only in Rank but shifted to a regular pilot position. 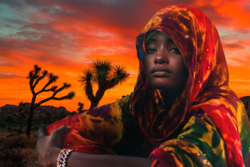 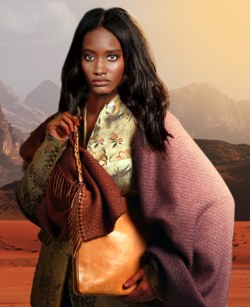 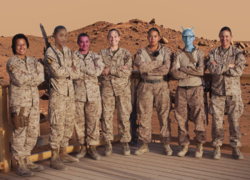 T'Aven with her training's squad

T'Aven was born and raised in a small town called Isaar in Cheleb-khor, in the outskirts of the Sas-A-Shar Desert. Her parents raised her following Surak's philosophy which for the longest time was the only path T'Aven knew. 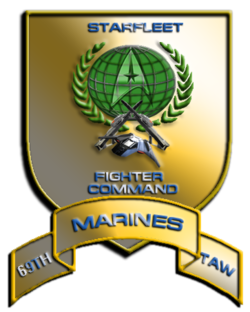 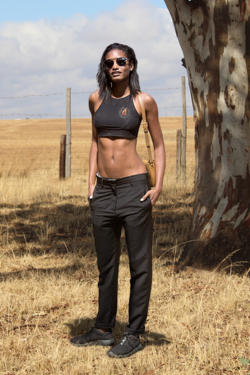 As a child, she was bonded to Juvaat. In adult life, he became a Starfleet Marine and T'Aven followed to be with him. They had a pleasant relationship and planned to start a family in the near future. After graduation, they were stationed in the same squad, the 34th Flight Wing.

In 2373 the 34th was part of the forces fighting a second attempt of the Borg to assimilate Earth.

In 2384, when the 34th accompanied a small envoy of Koa ships from Mu Arae to Deep Space 5 after an attack on their homeworld, the plans of starting a family with Juvaat were voided. A group of Koa wanted to resettle to an area further from Romulan space. Juvaat held the back of the group when the squad was attacked and his fighter exploded. The Koa never searched for answers as to who attacked their envoy. Energy signatures hinted at Ferengi, but they are not widely known for piracy and did not match the design of the ships which were unknown to the squad. The assumption was made that the weapons were stolen to mask the origin of the attackers. The case was closed when a sweep did not bring up new evidence.

Following this incident, T'Aven closed her communications and lost control over her emotions for a few minutes. Even after regaining composure she has not dealt with the loss.

In 2390 T'Aven was transferred to the USS Apollo. The Apollo would be the base for Project Dark Star, a program to operationally test the new Valkyrie Mark II Fighter with the 69th TAW (Tactical Fighter Wing). The Apollo was modified to add the hangar deck, as well as a sophisticated CIC for flight operations, linked to the bridge. Command of the fighter wing was given to Major Viktor Lanius, the former First Officer.

In 2394, when she mentioned the Juvaat incident to Commander Saveron in a Counseling session, she talked about it for the first time. Since then she attempted to process the loss and grief to be able to work past the events and continue with her life in peace.