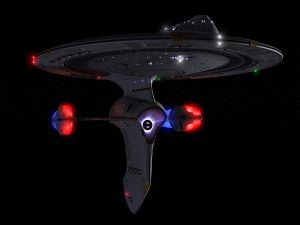 Finally he was faced off with the exam that challenged him on both thinking like an Engineer and afterwards as a Science Officer. The simulation of his exam was a success and with that he passed the Academy and got assigned towards the USS Za, under command of Zalea Solzano and Trellis Vondaryan. A ship that was to be set out into the south side of Federation space to explore the unknown. Yet Nak'aqi knew that the Klingons would be there as well that would also challenge him on his own turf. He began his work on the approved project Shangri-la where he was looking forward to.