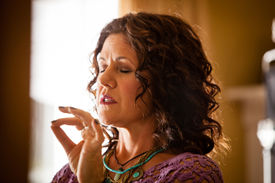 Sinda Essen is very much a child of the Occupation of Bajor.

Her grandparents were just children when the Cardassians invaded and her mother, Sinda Lo, was born in 2341 after more than twenty years of occupation. As the Cardassian Union began to take control of Bajoran production, Lo’s parents were forced to work on their own farm in Musilla Province as labourers, a role which Lo had no choice but to take up once she was old enough. Working in the fields, Lo met a fellow labourer called Opran Kalem and over several years the two began a relationship. Lo fell pregnant in 2361 but the joy was short lived as Kalem was accused by the Cardassians of supplying grain to the Militia, arrested and interred in Musilla Labour Camp. He was killed during an escape attempt several months later. Lo gave birth to a son, Tor, the following year.

During one of her visits to the maternity hospital in Tamulna, Sinda Lo caught the eye of a young Cardassian Gul named Oded, an officer with the Cardassian Central Command. Oded arranged for Lo to be moved to the city to work in a tavern close to the headquarters of the province's Cardassian administration. She had no choice but to leave her young son behind with her parents.

In early 2365 Sinda Lo fell pregnant once again but this time the child had a Cardassian father. Although Gul Oded had remained involved in her life since she’d arrived in the city, Lo never revealed the name of the father, or the details of the encounter. As there were a good many Cardassians who frequented that tavern it may be that she never knew.

Knowing the stigma that was attached to a hybrid child during the Occupation, Sinda Lo avoided the hospital and instead made her way to an orphanage on the banks of the Holana River where all the children were hybrids. There she gave birth to Sinda Essen. Leaving the baby at the orphanage, Lo returned to Tamulna and eventually to her parent’s farm.

Sinda Essen grew up in Holana Orphanage, surrounded by other children like her and taught the ways of the Prophets by the orphanage’s Bajoran Vedeks. And as she grew older she learned the truth of her heritage. The Occupation ended when she was four years old and once the Cardassians were gone, Bajor did its best to rid itself of all trace of them. Hybrids like the orphans were seen as a constant reminder and the hatred and fear which had previously been reserved for the Cardassians was often turned on them. Despite this, many families did come forward to claim their children and sometimes even Cardassians arrived to take their offspring away. But it would be another eleven years, when Essen was 15, before Sinda Lo came seeking for her daughter. 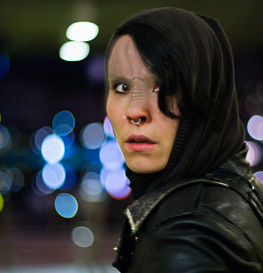 Essen spent three years living on the outskirts of Tamulna city with her mother and half-brother Sinda Tor. It was a very unhappy period. Distrusted and shunned by most Bajorans, Essen was frequently in trouble with the law as fights and theft became common. Tor, although not violent, disliked her immensely and did much to make her life miserable. Lo tried to be a mother, but fifteen years of guilt had already given rise to the alcohol addiction which would eventually have dire consequences.

As Essen turned 18 it was clear to her that she needed to leave, one way or another. With very few options available she turned to Starfleet, reasoning that their renowned tolerance for all races would at least see her safe from further persecution. Thankful for the education the orphanage had been able to provide, she passed the entry exams and left for Starfleet Academy in 2383.

Sinda Essen graduated Starfleet Academy with a mixed bag of results. Despite a well-rounded education from the Vedeks she scored fairly low in sciences and engineering but proved to have an impressive grasp of spacial awareness and logistics, consistently scoring highly on tactical simulations. That, along with a talent for unarmed combat she’d picked up through numerous brawls after leaving the orphanage, made Essen perfectly suited to her first posting as a Tactical/Security officer on the Intrepid-class USS Eagle.

After only a few months her skills were rewarded and Essen was promoted to junior Lieutenant and appointed as the Eagle’s Chief Tactical Officer. Bad luck had a habit of plaguing the Eagle, however, and in 2388, during an engagement with a remotely piloted Cardassian cruiser, the Eagle was caught in the shockwave from two exploding ships. The Eagle’s forward shields had been overcharged to withstand the barrage of Cardassian phaser fire but this was to prove unfortunate for Essen as the vast surge of energy caused an overload in the tactical console directly behind her.

The resulting explosion severed her lower spine, paralyzing her from the waist down and she was placed in stasis as the crippled USS Eagle limped back to Starbase 118. Once there, Dr Dantin-Vex and Dr Mike performed intensive surgery and implanted bio-mechanical devices to repair her spine, enabling Essen to walk again.

That skirmish marked the end of the Eagle and she was shipped back to Mars for another complete refit. The crew were instead moved onto a virtual relic, the Miranda-class USS Drake, where Essen once again took up her duties as Chief Tactical Officer, receiving a promotion to full Lieutenant the same month.

During her time on the Drake, Lieutenant Sinda assisted in escorting a convoy of Romulan refugees after the destruction of their home planet, spent some time undercover as a Tellarite along with Intelligence Officer Oliver Weston while investigating a giant alien construction, traveled with the rest of the crew to ‘null space’ to rescue a stranded David Whale, helped establish contact with a race of ‘space whalers’ and spent yet more time undercover with the Drake crew as pirates beyond the limits, and the law, of Federation space to combat a terrorist threat.

Sinda Essen joined Starfleet to try and escape from her past, something which was never going to be easy. During her first shoreleave with the USS Eagle, on Risa, Essen drank heavily enough to find herself waking up inside a police cell. It was something she'd been used to on Bajor, but not the way she wanted to start her Starfleet career.

Alcohol continued to be a problem for Essen each time they completed a mission and threatened to become serious until a celebration at Sisko's restaurant on Earth, the same night that Bajor joined the Federation in 2388. Ess confronted the issue, realizing that she risked taking the same path as her mother, Sinda Lo, if she continued. Lo had been a broken women by the time Essen had left Bajor. The long years of the Occupation and the guilt of abandoning her child had taken their toll and in 2389 she died from liver complications.

Essen was informed by her half-brother, Sinda Tor, and took a leave of absence to return to Bajor for the funeral. Afterwards, Tor made it clear that she would not be welcome with the family in the future.

With her life drastically changed, Essen threw herself into her work on the Drake for the next year before the ship was recalled to Earth as an Academy training vessel. The Drake crew instead moved to Starbase 118 where Sinda Essen found herself assigned a Chief of Fleet Operations, putting her tactical and logistical knowledge to good use.

Shortly after they assumed command of Ops, the station was assailed by four seemingly sentient ion storms. These storms housed ancient elemental entities, seeking an arena to do battle. Essen was selected by one as the champion of fire and possessed by its avatar becoming, for a time, an entity called Cinder.

Confined to hospital for a short while after the elementals were defeated, Essen remained troubled by her actions as Cinder and the deaths she had caused. Soon after, a transfer to the USS Gemini offered a chance to move on but Cinder still haunted her. Unable to focus on her duties, Essen took a leave of absence from Starfleet for nine months, eventually returning to a posting on the USS Apollo-A.

Sinda became close friends with the android engineer Pandora, seeing in the construct a kindred spirit. Both officers are straight talking and no-nonsense 'outsiders'.

Another strong female friend Essen respects is Sakorra Jefferson Reed. Again, the Vulcan woman is someone who speaks her mind. Essen suspects they may have more in common, neither of them exactly fitting in with their native races, but so far Essen hasn't had the nerve to ask Reed about her past.

Sinda Essen also established a friendship with Aron Kells, an enthusiastic young science officer. On Vulcan, she accompanied him to the trial of the Infernal, a Romulan accused of the genocide of an entire race. Later, the pair were kidnapped by The Infernal during his escape when he claimed to be Aron’s grandfather. Some time later, after a transporter accident merged Aron Kells with a version of himself from eight years in the future, Ess found the change hard to deal with. Aron transferred off the Drake a short time later and Essen lost touch, something she still regrets. 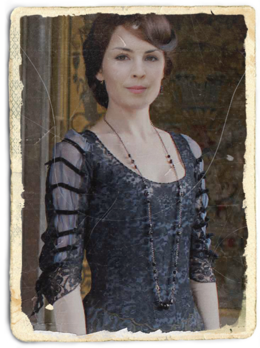 After working as a department head for some time, Essen received a promotion to the rank of Lieutenant-Commander during yet another Starfleet reshuffle, this time with the crew of the Apollo being reassigned to a freshly re-fitted USS Constitution. When dealing with a trio of escaped convicts, Essen was forced to shoot and kill one of the prisoners. The action triggered something inside Ess and the Cinder persona reared its head, leading Ess to a counselling session with Danzia.

Later in the same year the Conny was caught in a gravitic distortion which catapulted them through space and time to Earth, 1914. Essen was in charge of one of the away teams which successfully obtained the materials needed to restart the Conny's warp engines and return them to their own time, although the actions attracted the unwanted attention of Starfleet Intelligence. 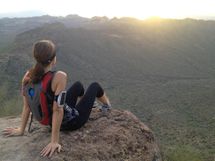 Later that year, The Constitution intercepted a Starfleet distress signal that turned out to be from the USS Unity, and science ship thought lost a century before. Boarding the ship, the away teams soon found the Unity to be 'haunted' by an unknown entity that fed off their fear. Trapped by their own hallucinations for a time, the crew were eventually able to flee back to the Constitution and signal Starfleet for help. After a well-earned shoreleave, the crew found themselves dealing with a sticky diplomatic situation on a Suliban planet, uncovering a plot to destabalize the government. When two crew members were snatched off the Constitution along with the Suliban who had contacted them for help, Ess led a rescue mission to find them and bring them back.

Sinda met Sol when the Terran was assigned to the Constitution. The two women enjoyed each other's company on several occasions and things soon became intimate. 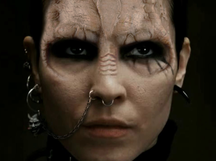 "If people want to stare, I'll give them something to stare at." Cardassia Prime, 2394
Retrieved from "https://wiki.starbase118.net/wiki/index.php?title=Sinda_Essen/History&oldid=237973"