From 118Wiki
(Redirected from Shagan, Telice)
Jump to navigation Jump to search

Telice Shagan is a Terran Lieutenant Junior Grade, currently medical officer aboard the USS Discovery-C (see Medical track record). She joined Starfleet Academy on stardate 238408.20 and graduated on stardate 238906.17. She is also one the only two Xenobiologists in the fleet.

Her early life in San Fransisco was marked by the death of her mother from a rare disease at age twelve, prompting her desire to devote her life to medical research. Her father's involvment with Starfleet piked her interest from a very young age and was precursor to her enrollment at the Academy.

Her bubbly personality and her interest in learning new things has led her to make a few solid friendships at the Academy despite her devotion to her studies. 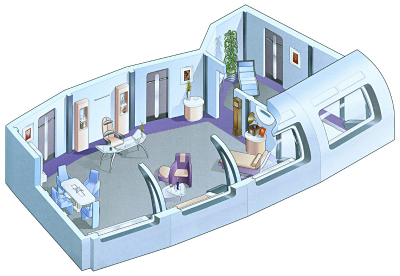 * Quarters: on Deck 8, only one deck away from medical bay aboard the USS Discovery-C. Personal items: 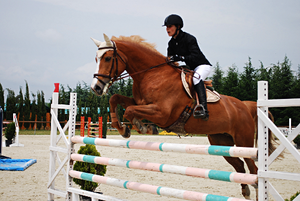 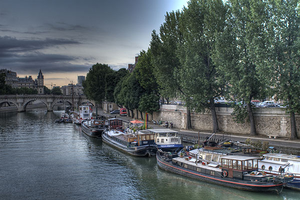 Telice was born in Paris, France, at the Café des Artistes where her parents met for the first time, simply because the ambulance didn't get there fast enough. From there was also born the first private joke on her account: that she was in a hurry from the start.

She grew up in San Fransisco, California, where her father still works as a Starfleet ground engineer. At age 5 she saw her first starship, and decided she would one day travel the stars. She grew up around all the usual activities of a Starfleet operated base and met her first Vulcan at age ten while visiting the base for her birthday. She proceeded to ask him if there was 'a stick up his ass' thus almost creating a diplomatic incident. Her opinion on foreign species remained somewhat altered by it.

Soon after she turned twelve her mother died of a rare form of disease, evolved from 21st century cancer. Telice then decided to devote her life to medical research and planned to become a medical officer with Starfleet.

Telice got her A-levels at 17, a year ahead of schedule, and feeling like she was too young to start training she joined her brother in France to pursue a medical degree, where he was teaching foreign species' musical arts to terrans.

A year transformed into four, and she came back to San Fransisco at age 21 to start training at the academy. A dedicated student, she was still brought up on disciplinary charges along with 60 other cadets for 'damaging training facilities' while having a party. Charges were dropped soon after as Starfleet administration faced the number of cadets involved, and given the lack of injuries to any of the participants.

At the last of her training Telice elected to specialise in Xenobiology to counter false rumours of her being xenophobic, because of her unwillingness to work with Vulcans.

Eventually she graduated from the Academy and was proud to get her first assignment on the Discovery-C.