From 118Wiki
Revision as of 14:27, 5 May 2020 by Rich (talk | contribs) (Created page with "thumb|200px|Sana, the headmaster in charge of the school that educates metamorphs on Krios Prime '''Sana''' is a member of the Kriosian royal staff and h...")
(diff) ← Older revision | Latest revision (diff) | Newer revision → (diff)
Jump to navigation Jump to search 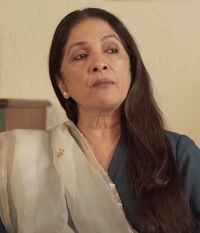 Sana, the headmaster in charge of the school that educates metamorphs on Krios Prime

Sana is a member of the Kriosian royal staff and headmaster for the Royal Kriosian School for Metamorphs. The school is responsible for the care, education, and preparation of empathic metamorphs for their roles as partners for high members of Kriosian society.

In 2361, she was serving as headmaster when a metamorph named Nadira went missing, smuggled off the Kriosian homeworld by another member of the royal staff. Thirty-five years later, one of her staff, a metamorph named Jatann, broke the news to her that he'd located Nadira on Earth, now living under the name Roshanara Rahman and serving as a Starfleet captain.

In 2397, Sana was reunited with Nadira/Rahman when she and her partner Tristam Core visited Krios Prime to help close the case on Nadira's disappearance. Sana, now in her late 70s, gave Nadira/Rahman and Core an icy reception at their first meeting, seemingly unimpressed by what she saw before her.