Sahriv is a Vulcan male assigned to the USS Darwin-A as a science officer.

Sahriv was born on T’Khasi to Sking, a diplomat formerly in the service of Vulcan’s Ambassador, and T’Vakh, a priestess. His name means “Storm” - he was born during one of the planet’s worst ion storms in two centuries, which battered most of the major cities, particularly Vulcana Regar, the place of Sahriv’s birth.

Sahriv is a full graduate of the Shi’Kar Science Academy and served aboard both Vulcanian and Independent Science Vessels for almost two decades (in particular the V.S.S Sochya) before deciding to join Starfleet at the young age of 45.

Sahriv has the Vulcan equivalent of Autism, called Saktra-Nosh, which impacts greatly on his capacity for empathy, longitudinal thinking and social interaction. He has difficulty in understanding others and treating them as people, even his own kind, and is often at the mercy of his own powerful emotions, barely kept at bay by his own exceptional self-control. The condition does afford him extraordinary high-functioning capabilities however and he is an exceptional savant, even genius, by any standard.

He majored in Science at Starfleet Academy, specialising in Physics and Chemistry. In his spare time he practises Kal-toh and meditates with aggressive martial arts. After graduating he was immediately assigned to serve aboard U.S.S. Mercury as a Science Officer.

He has not spoken to his parents since before he joined Starfleet. After he was diagnosed with his mental illness, his parents were unwilling or unable to deal with the implications and sent him away to board from the age of ten. His relationship with them is practically non-existent. He currently has no close friends or acquaintances. 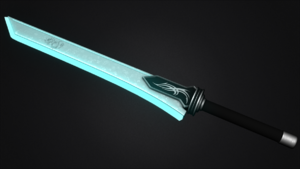 Like all Vulcans, Sahriv has a firm grasp of self-defence and many forms of ritualistic and meditative martial arts. However, to channel his inner rage, he trains in aggressive forms of personal combat. This has made him unprecedentedly formidable in a fight, both unarmed and with his personal weapon - a Romulan Falchion. While he finds violence distasteful, as do all of his species, his training and preparedness not only make for a suitable outlet for his dangerous emotions, but have turned him into a force to be reckoned with. During a violent outburst in his first year at the academy, he hospitalised 5 Cadets who had made the mistake of tormenting him and forcing him into sensory overload. He was not expelled, due to provision being made for his illness, and such an incident never occurred again. It is the only blemish on his otherwise perfect record.

He seeks to better himself and gain an understanding of the people and the universe around him, all too aware that he comprehends the vastly complex but is at a loss when it comes to the most simple things. He believes that the key to understanding himself and others is to explore the universe, seek out its mysteries and solve its puzzles - which is the reason he joined Starfleet in the first place. 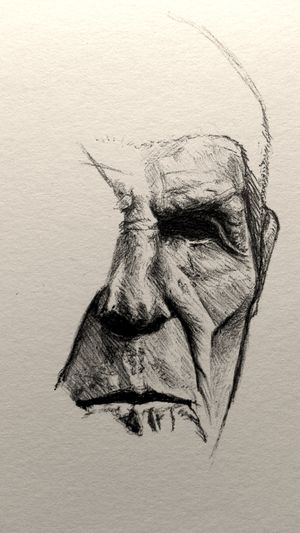 An unfinished portrait of Ambassador Spock drawn by Sahriv.