Ensign Phoenix Sharpe is currently serving as the Chief of Security and Tactical on the USS Triumphant, in an alternate universe where the Federation lost the Dominion War.

Born in the Eurasian Hills of Britain and from the tender age of 10, the young Paul was fascinated by Vulcan’s, mostly for their humour, or lack thereof. As a school project, the young Paul whose friends had nicknamed him Phoenix watched him go off to Vulcan and attend schooling on with Vulcan studies; he would be assigned a Vulcan family who had agreed to take part in such a project. This project would be a two year study, his other studies would be sent to his Vulcan school. Two years later the twelve year old Paul returned to earth with a basic recommendation from the Vulcan’s, this was their way of showing praise for a human child with his studies. For the remainder of his schooling, the emotional control which he had quickly picked up that teaching. This new skill did not make him many friends, those that were his friends; either knew him from his homeland or was Vulcan Paul was raised by his Aunt up until the Fall of the Federation and bombing of Earth.

At the age of 16 years old, his mother passed away, when in public, he mourned as a Vulcan mourned, but in private he wept, this emotional control stood him in good stead when he decided to join Starfleet, his Father was so proud of him that a leaving party was held for Paul, courtesy of his dad. What never made it onto his Service record was that he was very good at Computers, his strong points was detecting and blocking any type of Virus and ability to partition computer cores. He is also very observant of others and is a student of body language, he notice things that, most do not, of late. Most recently his experiences have made him a little jaded in some opinions, knowing that dangers lay out in space he still has a habit of falling back more on his Vulcan emotional control now that he ever did before the war.

For Sharpe when he turns 16, in this alternate reality Sharpe was not known as Paul Sharpe, but the use of his nickname became what people called him in his older years. His nickname was Phoenix, he never knew why they gave him that name, but he was given it; just before the assault on earth by the Breen during the Dominion War Sharpe went for his initial test for Starfleet Academy when the Breen attacked earth and shortly behind them came the Dominion Fleet, this batch had been the Second Wave. With the bulk of its forces in the field the ships defending earth were older classes and while they put up a brave resistance the ships were destroyed and earth quickly fell.

For months after news kept coming in of the losses, his on and off girlfriend Alexandria Somers and her entire family were killed in the final bombardment. After that he escaped and picked up his first weapon and killed a Jem’Hadar and run for his life and managed to escape. Two years later he found a group of former Starfleet Marines who had gathered together to put up some resistance; they saw how eager he was to fight and so they taught him all they knew about firing a weapon and using grenades and tactics. He ended up going on a mission with them, where the group he was with was ambushed and somehow he survived.

After the dust had settled an eighteen year old Sharpe dropped his first name and adopted his childhood nickname of Phoenix, as he stood up covered in dirt, dust and blood, little was his own he had quickly realized that he was the only survivor. While he saw death before being this close to it and among it was totally different and the smell too; the team he had gone with was small and still running on adrenalin he buried his dead companions, gathered what supplies he could and fled. A day later he had found himself a dry and relatively warm deserted building with a working replicator, he replicated himself some fresh clothes and supplies, then he located a bathroom and freshened up. Before he got dressed the past two years suddenly hit him and his knees went weak as he crumpled to the floor as shivers and shakes racked his body, what he had done and experienced had finally hit home, this would be the last time he cried, but for now he was all alone in the night with Jem'Hadar patrols everywhere.

As the years wore on he found that his computer skills may hold some merit if he could find him another group to joined and as he aged he honed his hacking skills and combat skills, then the withdrawal of the Dominion back to the Gamma Quadrant saw the arrival of the Cardassians who were less than gentle. By this time he had not long turned Twenty-One years and where he eventually joined another resistance cell and fell in with a large cell that had access to an old little known SFI Shipyard where eventually the cell got hold of a Defiant class ship called the USS Triumphant, the leader of the cell was one of the leaders of the Terran resistance and he got him a spot on this ship where he was given a field commission rank of Ensign and assigned as CoS/Tactical. He quickly picked up on the use of Starfleet ships systems, but since that time now long past Sharpe never forgot or forgave the Dominion for what he had suffered he had to use every bit of his limited emotional control the Vulcan's taught him when he was a kid to keep his anger in check, especially when he recalled the burning Vulcan cities. Despite his position his contact with the ships commander was limited, his past experiences hindered his ability to get to know the crew he served with, his first rebel cell, the ones who taught him on combat and such had befriended him and their loss in the ambush had made him reluctant to make new friends for fear he would lose them too. 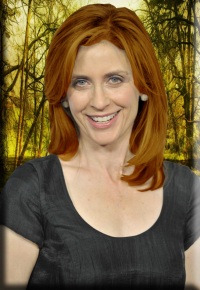 Paul's Mother was a kind and loving mother, who was a home-maker. She was also kind to a fault and loved her family, but fate being such a fickle thing decided to take her live at a young age, she was only 49 when she and her husband died in a diving accident, the facility was run by a Ferengi who was sued and prosecuted and deported for running an unsafe establishment. Still the hole she left in her families hearts was still felt to this day, while her only child made out good with life, he still held a hole for his departed Mother as both were very close when he was a young boy.Every year on his Mothers birthday he would leave some flowers at her grave, which was next to his fathers. If for some reason he was unable to make it his Aunt would be the one to do the honours, since her passing he has asked his Cousins to do the honours, which they have been more than happy to do. 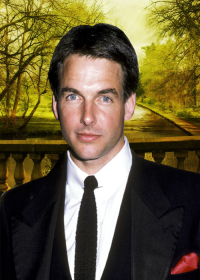 Paul's Dad was as any Father would be, a little distant, but he also loved his family and was close to his son Paul when he was growing up both were close enough to be considered thick as Thieves as they were always getting into trouble together. When Paul was old enough he was sent to Vulcan for some schooling, this was in the wake of a joke that was done gone wrong, it shook both himself and his Father up. His Father sent him to Vulcan while Tom and his wife Irene Went on a diving holiday, to a facility run by a Ferengi. The facility looked above board but something went wrong and both Parents died, the Ferengi in question was sued and punished as he also lost his licence. Paul had just finished his second year of schooling on Vulcan when the news reached him, heart broken he returned home with some of his Vulcan friends who had met his parents, but after that he never returned to Vulcan. 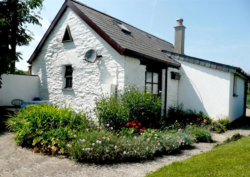 This is where a young Paul Sharpe grew up and lived with his parents before they passed away, despite its old style, it had all the mod cons of the 24th Century, but little Paul enjoyed what time he had with his parents and around the house grounds. The house is set high in the South Wales Valleys of Britain, where there was a liberal mix of trees and lush farm land. There was also some large lakes and small ponds. At one point in young Paul's life he used to go down to the local swamp and hunt for tadpole eggs, he liked to see how they grew into frogs. It was in this area he also went for long hikes first with his parents, then on his own and occasionally with his Uncle and Aunt. He first met his future wife Alexandria Somers on such a hike and while both were technically from two different worlds socially they hit it off and a bond grew between them.

In this reality Sharpe's immediate and extended family whereabout are currently unknown, it is suspected that they were killed in the orbital strikes that preceeded the invasion.