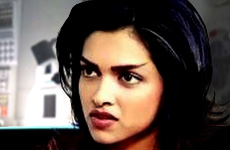 Dr. Peress Dolsan was a Romulan scientist and refugee who resettled on Bilire VI after the destruction of Romulus from the Hobus supernova.

The daughter of a decorated military officer, Peress was an unabashed patriot and held criminals, pacifists, and reunificationists on the same level. In the aftermath of Shinzon's coup in 2379, her father was later imprisoned without trial among many other suspected supporters in the military that had allowed Shinzon to assassinate the Senate. Peress however knew her father was merely a scapegoat who was loyal to the Senate and Romulus and had been left to die in a prison cell when Hobus destroyed Romulus and Remus.

Distrustful of the Federation and its assistance in the wake of the disaster, Peress did little to hide her disdain of the Starfleet officers from the USS Independence-A that arrived in 2388 to assist the Romulan refugee colony on Bilire VI with a disease the colonists called the Wrath. Peress was working on fighting the disease with another scientist who later disappeared shortly before Starfleet's arrival.

Peress was killed on SD 238805.23 by Ivorsk Ketas, an elderly Romulan refugee who unbeknownst to Peress was also a Tal Shiar agent who had previously assassinated her father. Her body was later discovered on SD 238805.30 in the flooded arboretum by Ayelet Kadosh and Zeet Tidari, but Ketas's involvement was never brought to light.

Peress's corpse was found floating in the flooded arboretum, SD 238805.30.

"How many times do I have to tell you, Mr. Ketas? The appropriate form of address is Doctor Dolsan. Not Doctor Peress. Not dear. And not my child, my girl, and whatever else you've been calling me these past few weeks."

-Reminding Ivorsk Ketas about her correct form of address, SD 238804.14

"Oh please, that bumbling idiot? He couldn't find his way out of an open door. The Federation probably didn't have any use for him and sent him here to get rid of him."

-Regarding the Federation Ambassador stationed on Bilire VI, SD 238804.20

Kadosh: Doctor, I've spoken with Doctor Mevra and the rest of the team. When our chief medical officer returns from the central building, I assume we'll begin construction of the permanent medical facility and-

Dolsan: Excuse me for being blunt, Miss...

::The human woman seemed surprised and even a bit shocked at being cut off. Peress gave a slight smile. Perhaps no one had been kind enough to let the human know how unpleasant the sound of her voice was.::

-Poor Ayelet finds out not everyone is as enamored with her as Zeet Tidari, SD 238805.22