From 118Wiki
(Redirected from Parker, Brenna)
Jump to navigation Jump to search 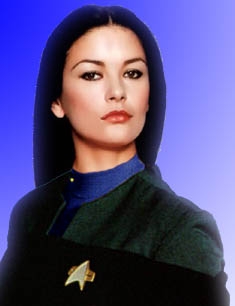 Brenna Parker was the second child born to Tenan and Nathaniel Parker of the Mars Colony. Her older brother Joshua was born eleven years earlier on Earth. Her mother Tenan was a botanist, experimenting with the growth of plants in the terraformed Martian soil, and her father a Federation Ambassador, who was often away for months at a time on diplomatic missions. Because of this, Brenna was raised mostly by her mother, who among other things passed on her love of flowers to her daughter.

Brenna worshiped her older brother Josh as little sisters tend to do. Smart, funny, but with little regard for his obligations and responsibilities, Josh allowed Brenna to tag along with him when she could keep up, and often dared her to push herself beyond what she believed herself capable of. Despite the many childhood injuries that stemmed from this, Brenna adored her brother and thought he could do no wrong, assuming any of his failings were on her account.

Her parents died in a shuttle accident which almost claimed Brenna's life as well when she was eight years old, had it not been for the Starfleet transporter chief who managed to lock on to her signal and beam her away at the last moment. Her older brother Joshua, 19 and off planet at the time of the incident, took responsibility for her and attempted to raise her on Earth. When this proved unsuccessful, Brenna was sent to Vulcan to live with her grandparents. Feeling betrayed by her previously revered brother, Brenna stopped speaking with him and closed herself off from the rest of her childhood, becoming a withdrawn and quiet child.

Her grandfather, a strict Vulcan, approved, though her human grandmother worried constantly about her, trying to get her to play with friends her age and to bring her out from her protective shell. But with few non-Vulcan playmates, Brenna sunk deeper into herself, spending her free time studying and excelling in school, taking the most difficult classes to keep her occupied, which lead to her love of math and science.

After continuing her studies in microbiology and genetics, Brenna specialized in Virology, the study of viruses and virus-like agents. She graduated from the Vulcan Medical Institute Ha'kiv as a DO, completed a residency at the Zem'Takri Viral Research Lab on Trill and a fellowship at Starfleet Medical as one of the few who had not graduated from the Academy. Receiving her medical license from the UFP, she jumped ahead of her many colleagues in viral studies, becoming a diplomate of both the UFP Board of Viral Medicine and the Board of Romulan Viral Science, no easy task with the xenophobic Romulan Empire.

A human and quarter Vulcan hybrid, Brenna Parker is in normal shape for her age and weight category. Her hearing is slightly enhanced by her Vulcan heritage, as is her longevity in running, her exercise of choice. She has no visible birthmarks, and only a slight curl to her ears to suggest her Vulcan ancestry.

She is prone to occasional blackouts in a variety of forms that are triggered at apparently random intervals. At the time of this physical, Brenna had not had an event in over eight years, and has continuously passed stress tests designed by the Academy in an attempt to force an event. With this data in hand, we have deemed her fit for service, and theorize that the past blackouts she has described were from a childhood phase she has now outgrown.

As of the date of her last Academy physical, Brenna has not displayed any sign of the advanced mental abilities that occasionally pop up in part-Vulcan children, and it is unlikely at this point in her life that such capabilities will manifest themselves.

Her time on Vulcan appears to have had a great deal of influence on her. She remains cool under pressure, which is an excellent quality for her chosen career. Brenna can be logical to a fault, although being only ¼ Vulcan, she often comes to incorrect conclusions and cannot fully control her emotions the way a Vulcan is trained to do from early childhood. This is often frustrating to her, but she is quick to cover any lapses with a biting sarcasm. Irrational fears annoy her to all end, including her own phobia of flying in shuttlecrafts (which is easily explainable by her childhood trauma). Perhaps this is why she has difficulty interacting socially, as aliens and humans alike are often irrational.

Brenna also lacks tact in dealing with many situations, including patients – her bedside manner definitely requires some work, and her blunt words often alienate her, explaining why there are so few Brenna calls friends. This may also explain why her chosen field is Virology, where she can deal with test tubes instead of live subjects she has to interact with. However, her frank opinions and straightforward descriptions have also earned her a great deal of respect from the medical community at large.

Brenna only believes in what she can touch, see, measure, or relate. She is very literally minded, and does not shirk from her responsibilities, even when they slide into the more grotesque aspects of her job. Her praise is always seriously meant, and therefore infrequently given, as few in her line of work live up to her rigid standards. 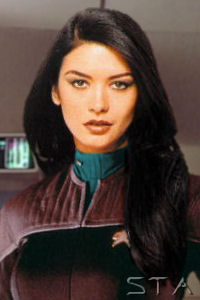 Her lack of formality is apparent in everything but her work, which is meticulously documented. Her raising on Vulcan gives her a sometimes lofty attitude toward others, and rank differences do not bother her – if she thinks she's right, Brenna will argue her point to an Admiral until she is blue in the face. This sometimes makes it appear that she has little respect for higher ranking officers, which at times is true; she feels they need to earn her respect, not the other way around. This may be a factor of Brenna's older age, having been a late-comer to the Academy and already established as a fine contributor to the medical world.

Although she is now fully a Starfleet officer, Brenna still refuses to reveal information about her time spend researching in Romulan space. Whether this is due to some sort of Romulan mind-conditioning technology or simply a matter of keeping her promises on confidentiality is still up for debate.

In speaking about why Brenna chose to join Starfleet instead of remaining a civilian researcher, my distinct impression is that she is not sure herself. She cited the specialized equipment and access to the most up-to-date medical technology and research available, but as she is applying for an active station and not for Starfleet Medical, most of her answer is not relevant. Nevertheless, whatever her reasons, Brenna Parker is psychologically fit to perform her duties, though it is yet to be seen if she will find what she is looking for in Starfleet.

• Note that only confirmed Federation-based publications are included in this summary.