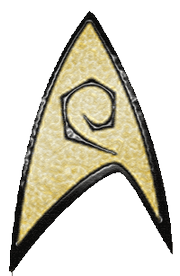 The Operations Duty Post has the primary responsibility of ensuring that ship functions are coordinated in such a way that mission goals are not jeopardized. Many shipboard operations involve scheduling resources or hardware (such as the use of non-emergency sensors) that affect a number of departments. In many such cases, it is common for various operations to present conflicting requirements. They must prioritize resource allocations (including physical resources like phasers, technical resources like energy, and personnel resources like Away Teams) so that the most critical activities can have every chance of success. Having a crew member in this decision-making loop is or crucial importance because of the wide range of unpredictable situations with which a starship must deal.

Personnel in this role are called the "Operations Manager," "Ops Officer," or "Chief of Operations." Typically, Ops is manned by a member of the command staff of a starship, regardless of seniority. On the USS Enterprise-D, Ops Manager Data (who doubled as second officer) was the most senior member of the ship's staff save the captain and XO, but on USS Voyager, Ops Manager Harry Kim was the most junior bridge officer. As analytical operations relied upon knowledge of science and engineering disciplines, operations managers sometimes performed the additional duties of a science officer, as exemplified by both Lieutenant Commander Data and Ensign Harry Kim. On space stations, the chief of operations usually commands the maintenance and engineering staff, since stations do not require the large number of propulsion engineers typically found working under the command of a chief engineer on a starship. Chief of Operations Miles O'Brien was a senior chief petty officer who filled this billet on Deep Space 9.

A StarFleet-configured Operations station presents the Operations Manager with a continually updated list of current major shipboard activities. This list permits Ops to set priorities and allocate resources among current operations. This is especially critical in cases where two or more requests require the use of the same equipment, entail mutually exclusive mission profiles, or involve some unusual safety or tactical considerations.

In cases where priorities are ambiguous or where specific Ops approval is required, the panels will display a menu of the most probable options for action. In virtually all cases, the Operations Manager also has the ability to input choices beyond those presented by the action menus. This is important because it is impossible for mission planners to anticipate every possible situation. Action menus may be displayed for any current activity (even those which would normally be handled automatically) upon keyboard request from Ops.

An example is a scenario where an Away Team is to be sent on a mission to a planetary surface. Typical Ops responsibilities might include:

Essentially, the Operations Department monitors and controls the use of all ship systems not ostensibly involved with propulsion, navigation, or combat. Although the transporter systems are Engineering Department assets, it is the Operations Department that puts them to use. In regards to special environmental conditions required for alien crewmembers or visitors, the Operations Officer must coordinates with the ship's Chief Medical Officer. The Ops Department head position is in charge of the recreation areas of the ship as well, such as the various recreation rooms, gymnasiums and holodecks. The Ops Officer will also work very closely with the ship's Conn Officer with respect to the use of the ships shuttle bays, since the Conn Officer is responsible for flying the shuttles and training shuttle pilots.