She has a deep appreciation to Vulcan culture, values and philosophy. However, almost every full-blooded Vulcan, with the exception of her paternal grandmother, treated her rather condensingly, as if they're questioning her life choices that steered her away from being a model Vulcan - including her omnivore lifestyle, hair length, and use of emotions. This resulted in her aiming to evade any contact with anyone who looks Vulcan, when the option exists. When there's no choice, her stoic demeanor kicks in instinctively, regardless of the situation, although some emotions may escape her attention. 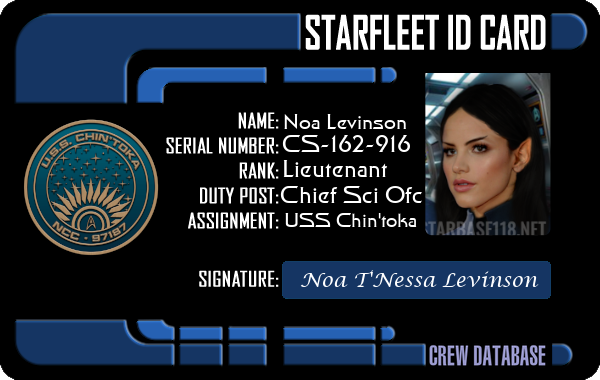