Difference between revisions of "Nathaniel Wilmer"

"I've been & am absurdly over-estimated. There are no supermen & I'm quite ordinary, & will say so whatever the artistic results. In that point I'm one of the few people who tell the truth about myself." - T. E. Lawrence

Ensign Nathaniel Wilmer is currently serving as HCO aboard the USS Apollo-A. 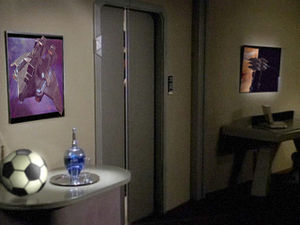 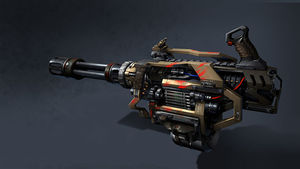 "You infuriate me, Nate Wilmer... you also intrigue me... but let's be clear, infuriate comes first."'' - Charlotte Farnsworth 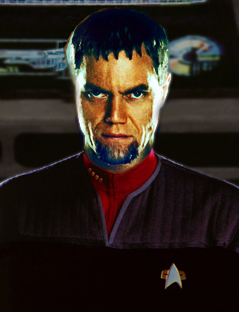 Born to Captain Christopher Wilmer (applied sciences Stafleet Command) and Cassie Templeton-Wilmer (Lt. Cmdr. Starfleet Research and development) Nate Wilmer is a common "Starfleet Brat." Having no brothers or sisters, Nate grew up in an isolated environment. His first friend was a holographic tanuki named: Howard. Since his parents were often away, Nate had a tendency to find himself getting into trouble. Though not in trouble with the law, he did have a way of finding himself in places he should not be. He quickly applied to Starfleet Academy at age 16, but did not have sufficient mathematics scores to become an officer at that time. Instead, he became an enlisted non-commissioned crewman. Upon graduation, he was posted to Jupiter Station and served there for nearly 20 years as its Jovian Run shuttle pilot. Despite his age, his commanding officer encouraged him to return to the Academy and take officers extension courses. In 2387 Nate did so, and in July 2391, graduated with the rank of Ensign.

He served briefly aboard the USS Excalibur give a junior position in intelligence. After that ship was decommissioned, he was transferred to the USS Apollo-A. During the mission to Petranaria Prime, Nate was given the task of defending the position of team while they deactivated a beaming jammer. During the course of that duty, Nate was forced to accidentally kill an oncoming attacker. The experience changed him slightly and his demeanor slightly sobered. Shortly thereafter, he earned a duty post change to become chief helm/conn operator; a position he'd longed for since his first days in the academy.

This officer has not yet achieved any recognition of note.