From 118Wiki
(Redirected from Myers, Drystan)
Jump to navigation Jump to search 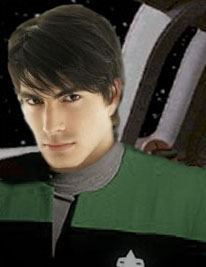 Drystan grew up on the Utopia Planitia Fleetyards with his brother, Lorcan, raised by his parents. With his mother and father as shipbuilders, Drystan and Lorcan intergrated themselves into ship life, meeting new members of the Federation and Starfleet Officers more often than not.

At 18 Drystan decided to join Starfleet and signed up for 12 months training in the Starfleet Marine Corps. He joined the USS Challenger and has been on board ever since.

While being quite a charming guy, Drystan is quite shy. His older brother is completely the opposite.