Difference between revisions of "Morin" 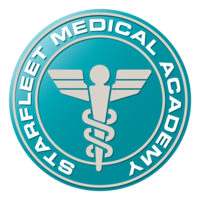 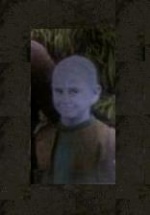 Morin until age eight had quite a normal life for a Bolian he lived with his family in the underwater homestead of his families extended clan. Then things change for him when his parents were killed in an accident and he was sent to live with his uncle Brell after acting out with the other children at home. Brell was able to help him come out of the shock that he was left in while they lived on Duronis II and Starbase 118. Morin later learned Brell along with several other family members choose to move back to bolarus to give him as full of a childhood as possible. Because of this always having family around as he moved from childhood to adolescence he did not feel as if he was missing anything.

He shared a room with his cousins but still went to Brell or his grandparents more than his other aunts and uncles. When Brell met Hars Vlin he too joined in his uncle's curiosity in ocean biology only his own studies soon grew to include biology in general which he excelled at in his schooling. When he first applied at to starfleet academy he did so with a planned focus in xeno-biology however his classes that dealt with medicine fascinated the young bolian enough that he moved focus to Starfleet medical with the goal of one day becoming a doctor as well as an officer.