From 118Wiki
< Mailea Labria
Jump to navigation Jump to search 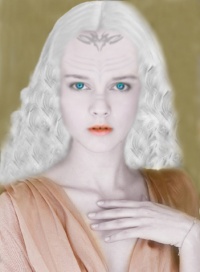 Mailea arrived to DS 24 the day of the attack on University of Shinraka. Soon got informed that attack was admitted by Shinrakian Liberation Movement. Radicals are in existence since the Colony but were never so violent what lead Mailea to conclusion that they must be pushed from outside source.

In the end it was confirmed and despite lot of people killed, both on Shinraka and in explosion on DS24, life on Shinraka returned to normal and DS 24 was repaired.

During a shore leave, Mailea found or better say WAS found by a cute creature, a dog of a breed called Laika, so Lea named him Tramp. Soon Captain announced crew to gather aboard newly arrived ship, USS Challenger-A. 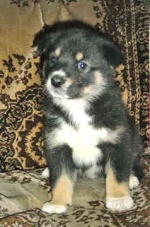 First announcement during mission briefing was big change in new Challenger's crew. Everyone was at the same time happy and sad, since crew was split between two ships, USS Challenger-A and recommissioned USS Resolution now CO-ed by Commander Toni Turner.

When crews split and new people took their respectful places T'Pen explained we're ordered to go to Kaclla, planet some time ago visited by Challenger crew due to their expressed wish to join Federation.

Since first time things went wrong and were harmful to all sides Captain asked for everyone to prepare the best they can.