Madame Lurtz is a powerful trade magnate working in the jurisdiction Starbase 118 Ops.

As the sole inheritor of her fathers already booming business, Lurtz transformed what was a system empire into a galaxy spanning corporation over her long life. Federation, Klingon's, Romulans and more all profess to rely on her service in numerous projects ranging from ore sales through to logistics and ancient artifacts.

The one core rule that she has always ensured to abide by is that her money is always clean. She's never dabbled her hand in weapons trading or anything technically illegal, although her vast legal team is always capable of finding convenient loopholes if it means sealing a good deal.

Now, she has her personal ship The Golden Dawn along with a merchant fleet to ensure her enormous commercial empire is kept hungry for trade. Ever moved home? You probably used one of her logistical front companies, ever planned a vacation? Her tourism group is second-to-none. With a real Midas touch, it's well known that anything she dips her fingers into, profit is soon to follow. 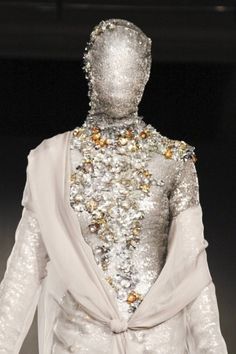 Never afraid to flash the cash.

Friendly, yet deeply driven. She revels in the trappings of luxury and wealth, displaying them at any occasion possible but never at the expense of those less fortunate. Known for her philanthropy, the elderly tycoon has ensured to keep her public image as warm as her own personality despite the cruelty of trading rooms and auction houses galaxy wide.

At a personal level, she knows that her age is starting to get to her and without an heir she runs the risk of her company board performing a hostile takeover. This has her living with one eye firmly looking behind her awaiting the knife of bureaucracy.

A bit of a Diva, to underlings she comes across as arrogant and demanding, but to those she see's as equals (or an easy sale) it's nothing but warmth and charm.

Her current wealth is somewhere between jaw dropping and ludicrous, able to buy out the derelict 'Below' of Starbase 118 with 30 million Federation credits, barely batting an eyelid as she did. Understandably, she keeps a veritable contingent of private military contractors in her staff, mostly as bodyguards.

Deeply thankful to the former personal assistant Aliyah, a woman who she rescued at a young age from the streets of Bajor, for all her hard service she has given residence to the womans husband and child in her own private estate. In return, she tends to get information on the stations going on rather swiftly, although never for nefarious purpose. It just helps to always stay ahead of the curve.

Recently, Lurtz attended as a speaker and investor at the annual Tribble Fanciers Association gala, a ceremony that rapidly descended into chaos as several weaponised Tribbles were let loose to spread their sleeping agent throughout the populace. This was a disaster that was averted through the actions of the Stations fine crew, leaving Lurtz feeling deeply grateful.

It was this gratitude that led her to seek to reinvest in the station itself, finally presenting itself in a chance to purchase a large part of the station on a 'not federation turf' basis, enabling her to really open up the area to redevelopment and to install her own sense of culture and reward to the station. This ongoing project may not make Lurtz tremendously more wealthy, but it will be something to celebrate on both sides following its completion.