Difference between revisions of "Loxley" 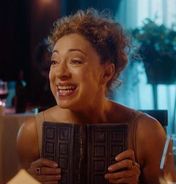 On his 20th birthday, during a family gathering, talk turned to his absent father. A careless comment led Sylvek to discover Sylvek's 'logical' decision before he was born. Sylvik's opinion towards Vulcans and their logic, already not exactly great, was instantly soured. The same day, Sylvek began the process to legally change his name to 'Loxley'.

A year later, on his 21st birthday, Loxley submitted an application to join Starfleet. Loxley dreamed about being at the cutting edge of medical science, hopefully making breakthroughs of his own one day. He sees Starfleet as the best opportunity for that goal – exploring new space, encountering new and unique situations and circumstances.