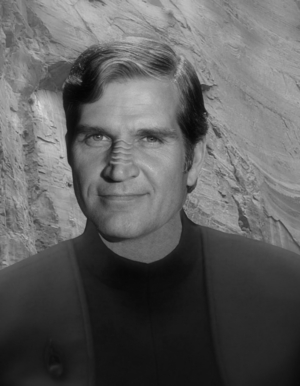 Lixa Dansha is a 51-year-old Bajoran and a current member of the Bajoran Milita (and a former member of the Bajoran Resistance), who began to write as an editor and foreign policy analyst for the Federation News Service after the Dominion War. After the Treaty of Bajor, he was approached by an editor of the FNS who had read his articles, and wanted him to provide a uniquely Bajoran perpsective on the Federation. Since then, he has gathered a reputation for being a bit of a contrarian in articles in the FNS, and has been denounced in some circles as someone who advocates for more use of force instead of less diplomacy.