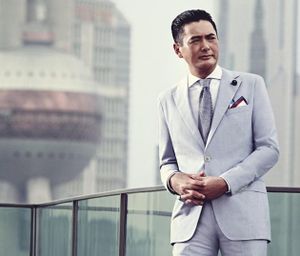 Li Xinmin is the editor-in-chief of the Federation News Service.

A graduate of the Pennington School, Li began his career as a journalist for the Shanghai Free Press before joining the staff of the Eastern Morning Post, where he was eventually named editor for foreign affairs after his reporting from the front lines during the Dominion War was recognized by the Federation Journalists Association. He later served as a debate moderator for the 2380 Federation presidential election and continued to work as the Morning Post's editor-in-chief for the next twelve years before he was appointed editor-in-chief of the FNS in 2393.