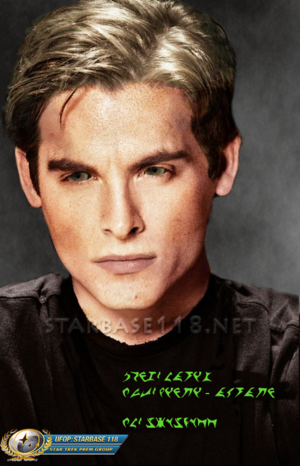 Threespirit status confirmed by shaman in 2375 (see Cerebis tribal registry 2375-N1-FR40). Currently resident at Tirtahl Displacement Camp. Describes occupation as "spiritual advisor". Suspected to be involved with religious vigilante groups. Has been implicated in numerous violent incidents but witness accounts have been either withdrawn or found to be unreliable.