Ensign Kimiko Chun was last serving as a Counselor aboard the USS Victory. 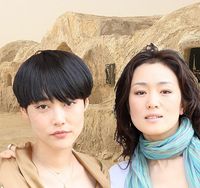 Kimiko Chun was born and raised on Keta Taisha, a class K world inhabited by several small Betazoid mining colonies. Her family moved there during a short period of religious dissent on the homeworld. Life on Keta Taisha was never easy, but Chun's family lived happily for several years. Chun's father, Reijirou, worked in the mines, while her mother ran a small mechanical shop, fixing equipment and robotic aids. Chun had one sibling, an older sister named Masako, who worked in the mines as well.

When Chun was seventeen, a factory explosion crippled the colonies' economy and killed twenty-three colonists, including her sister, Masako. The colonists’ pleas for assistance in rebuilding were denied, as the colony was fairly insignificant, even with their mining relations. The colony was shut down soon after. Her parents relocated to a nearby world, but Chun joined Starfleet, hoping to find a place where she could make a difference. 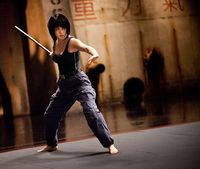 Chun's most unique characteristic is her nervous habits. While in a counselling session, she can appear calm and rational. However, when she is not focusing on her work, she fidgets constantly, usually tapping her fingers or shifting her feet. Many of Chun's professors in Starfleet were concerned that her nervous movements would be off-putting as a counselor. She realized that her nerves allowed a sense of comfort between her and clients, though, and did not put effort into removing this trait.

During her childhood, Chun was trained in the Betazoid martial arts style, Tassa'Akai, which relied heavily on her psionic abilities. She was fairly average in terms of talent, but her determination allowed her to excel at a quick rate. Despite her training, she found her true strength in connecting with friends and family on an emotional level. Her choice to enter counseling when she joined Starfleet was largely based on her ability to quickly form ties with people. 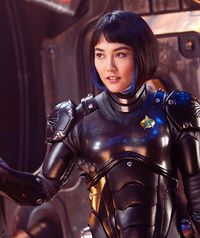 Chun studied counseling in Starfleet, since her natural telepathic abilities allowed her to connect deeply and quickly with patients and clients. While she has buried the ghosts of her past, her frustration with the treatment of her colony, because of its size and worth, translated into a desire to keep other families from the same fate as hers.

After completing her training, Chun was assigned to the Duronis II Embassy, where she served aboard the USS Thunder-A. Her assignment was cut short when she was suddenly transferred to the USS Victory along with much of the Thunder-A crew. She acts as ship's counselor on the Victory, despite her low rank.