First Secretary Keehani Ukinix (formerly Keehani Ral) is a Betazoid and granddaughter of Vaxa Ral (formerly Vaxa Ukinix), the disputed head of the Ninth House of Betazed. She is the second cousin of Wil Ukinix. She is serving a diplomatic posting on Amity Outpost.

Keehani Ukinix was born in 2375 during the Dominion War. She was the daughter of Cigrin Ukinix. Both of her parents were Betazoids, although the identity of her mother is not known. Several days after she was born, her parents died, and Keehani was moved to be with her Grandmother, Vaxa Ukinix. From that point on, Vaxa raised Keehani and became her guardian. The details of how Keehani was delivered to her grandmother are unknown.

When Keehani was the equivalent age of 9 Earth months old, Vaxa agreed to change her and Keehani's family name to Ral after a protracted legal battle with the Houses of Betazed. Vaxa kept the details of her matriarchy secret from Keehani until early 2396, when Vaxa was diagnosed with a rare and acute neural disorder, a possible side effect of Empathic Synaesthesia.

Once Keehani was told the truth about her grandmother, Keehani immediately set about for Vaxa to regain control of the Ninth House. Keehani attempted to discover more about the Ukinix family, only to find that records of them were difficult to obtain, largely due to the actions of the other Betazed houses. However, Keehani was eventually able to determine that Vaxa's brother, Astradem Ukinix, had moved to Earth and married a human woman. Through "underground" sources she was able to obtain the name of Astradem's grandson Wil Ukinix from Starfleet records.

Several days after Vaxa told her about her past, Keehani applied to change her family name back to Ukinix. However, this was met with bureaucratic resistance from Betazed officials. After several months of delays and numerous legal threats, the RAoB (Registration Administration of Betazed) eventually granted her request. 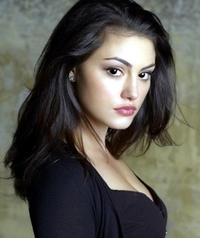 Keehani studied exopolitics at the University of Betazed, Medara campus, and graduated in 2398. Keehani's ultimate career goal was to become a Diplomat for an independent Betazed.

She was formerly a member of the political activist group known as the Guardians of Betazed, along with many other fellow students. The goal of the group was to achieve independence from the Federation. After it was discovered that The Guardians had links to the Maquis Reborn, Keehani renounced her membership at the same time that the group dissolved. However, she was put on a Federation watch list. The events changed Keehani's perspective on the Federation. While she still feels that Betazed should have an increased level of autonomy, she knows that is unlikely to happen and instead supports Betazed's membership of the Federation.

Around the time of her graduation from university, she discovered that her second cousin Wil Ukinix was to become a Starfleet attache at Amity Outpost in the Delta Quadrant, under the command of fellow Betazoid and Chief of Mission Rivi Vataix. She persuades Rivi to allow her to serve on the Outpost, based on her exopolitics education. Keehani is given the role of First Secretary.