From 118Wiki
< Jerry Reid
Jump to navigation Jump to search

Cadets who declare their major at the Academy as the Marine major complete both the core Academy curriculum as well as specialized coursework from the Starfleet Marine Training College. These cadets typically seek to become Marine command officers who go on to lead squads, contingents, and the Marine Corps as a whole.

Lt. Reid did not complete a minor from one of the following:

After graduation, Lt.Reid, like other Marine officers who did not complete the Marine major at Starfleet Academy, was required to undergo additional training at the Starfleet Marine Basic School before given an assignment in the fleet. Here, they and Lt. Reid had to complete specific marine coursework as well as physical conditioning and exercises.

Non-Marine Corps officers who wish to become Marine officers later in their careers are also eligible to undergo training at the Basic School provided that they meet the requirements on their physical and performance evaluations.

Emphasis is placed on combat-related skills, although marine officers are Starfleet officers first and foremost, sworn to uphold the values of the Federation and seek avoidance of collateral damage, even at the cost of their own lives.

Specific skills taught and exercises conducted at the Basic School:

Training at the Starfleet Marine Basic School concludes with two weeks of exercises testing all skills learned over the previous weeks. 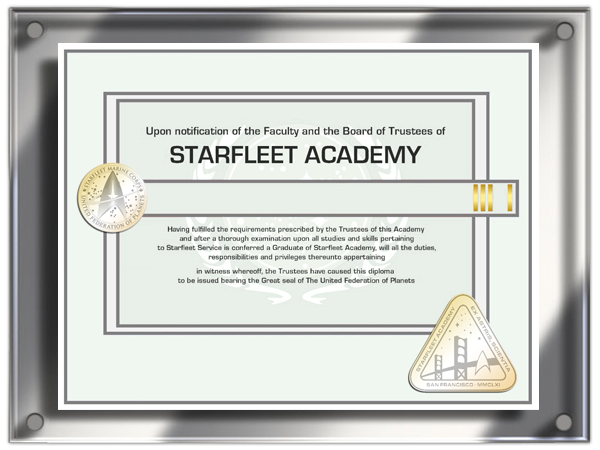