From 118Wiki
(Redirected from Jae, Angel)
Jump to navigation Jump to search

Ensign Angel Jae, a Betazoid, is currently serving as the Helm/Comm/Ops officer onboard the USS Drake. Her uncle, Trent Korrey, is one of the Operations officers aboard.

The parents A.J. and C.J. love and care about. Darren and Larrisa chose not to teach Callum and Angel the usual ways of a Betazoid. Instead, the two children got a Human upbringing. At some stages, Larrisa and Angel would start singing their favorite song.

Although Darren and Larrisa were concerned about Angel leaving for StarFleet, they allowed her to with a smile. When Angel heard of the destruction of the Tarelgan, her immediate thought was of her parents. Luckily, Angel's uncle had gotten leave the day before the ship was destroyed, and the family was safe on Earth. 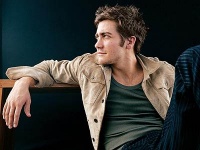 The older brother out of the two. Callum, or "C.J." for short, was one of Angel's guides when she got her telepathic abilities. He also thought of the idea of her wearing fingerless gloves to avoid any accidental touches. C.J. is three years older than A.J.

Someone Angel would call reckless, however, Callum is just as bad as herself. Callum is a kind and caring sibling, and was the one that thought up the two's adventures on the Tarelgan. Usually his ideas would be to go and hide in the Science Lab until Commander Ro'Shey - the Chief Science Officer who was a Vulcan - found them and told them to leave.

There was, at one point, an adventure to the Bridge, where Captain Winter would find them and tell them to return to their parents. Although it looked like Captain Winter was angry at them, she was only trying to keep the two safe.

Angel does miss the two's adventures and would gladly give up her time to be with her brother, but, duty calls.

Not usually much in her quarters, A.J. likes to keep things simple. To many times did the Tarelgan suddenly get fired at and everything she cleaned up was back on the floor again.

A little jumpy sometimes, Angel likes to know who people are before she does things for them. Though this changed while being in the Academy, she still prefers it. Angel would jump at the chance to fly anywhere, regardless of the situation. Angel isn't easy to anger and has a patient and kind personality.

If practised constantly, Angel can find out little pieces of the past by using her touch-telepathy on certain objects or people. It is a semi-inactive ability, and must be constantly practised.

Sometimes it can be a bit of a shock to both Angel and the person who she touched. Depending on the emotions or thoughts of the person, Angel can either freak out, faint in shock or just talk to the other person telepathically.

Angel was born and raised on a starship. Her parents, reluctant to join Starfleet, were only civilians on a Starfleet vessel, as Angel’s uncle, Trent Korrey, was the helm officer on the USS Tarelgan. Angel and her brother, Callum, were known as A.J. and C.J., and the nicknames stuck after a while.

Well, not only did Angel want to get her hands on the Helm, but she was desperate to join Starfleet, not even bothering to acknowledge her young age.

Regardless of her Starfleet dream, Angel had a somewhat difficult teenaged life. She has hand telepathy and empathy, so every time she goes to even poke someone with her finger, she feels everything that they feel and think until she pulls her hand or finger back. She has managed to stop this with the use of fingerless gloves, as it seems that clothing interrupts this ability, and not poking anyone’s bare skin unless they know she’s a Betazoid.

When Angel was sixteen, she took her first flying lesson – on a holodeck with her uncle. It may sound a little pointless, but it helped her a lot when it came to flying in the right direction. Angel was a quick learner, and was able to fly without a problem when she was nineteen years old, by which point she applied to join Starfleet, where she turned to engineering. After a short while and a long think about it, she gave up engineering, and continued with helm.

When Angel was told that the Tarelgan was destroyed by Ensign Sullivan, Angel's first thought was of her parents. Thankfully, civilians and crew were evacuated before the ship was destroyed. There was minimal casualties.