The theater is two decks tall and located at the rear of decks 5 and 6. The main entrance to the theater is on the upper level, deck 5. There is a stage access on deck 6 next to the secondary mess hall. The theater aboard is equipped to seat large groups of people. The theater can also be used as a concert hall for musical performances by crew members. The theater has been used for all hands staff meetings and large training classes as well.

The use of the theater for the most part is first come, first serve. Symphony rehearsals are on Thursday at 1900 hours. 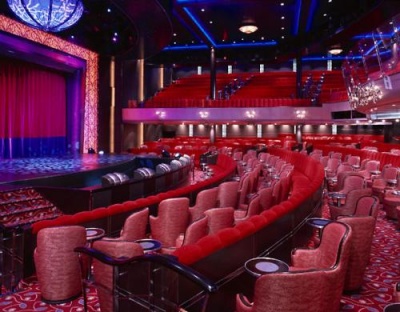