The crew of the USS Constitution-B had transferred to the USS Doyle-A after celebrating the promotion of Captain Shelther Faranster. While they raced to get the ship at tiptop shape, including the new Quantum Slipstream Drive, Captain Faranster was assigned an observer. When he met with her, it was revealed that one of the terrorists who took them hostage, and aided in the disabling of Deep Space 285 (and subsequent attack by warp-accelerated asteroids, had been a Starfleet Intelligence operative, and this operative was being assigned to the Doyle. 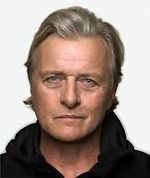 Cmdr. Michelle Lizner told Faranster, that their true mission was to capture or kill two Maquis Reborn operatives, Kav-Nhoo and Ruchard who had been tracked to Cart'hen III, a non aligned world within Federation territory. However, he was forbidden to tell anyone on his staff what was going on, and the cover story was that the Doyle would be undergoing sea trials.

With their new QSD, they were able to cover the distance between DSX and Cart'hen III in a little under an hour. While Faranster had his crew run drills to prepare them for any action, and planned to emerge outside maximum sensor range of Cart'hen III, their plans were interrupted when the ship abruptly dropped out of QSD due to subspace instability. It seemed the universe was against them as a stray shot impacted them during the QSD shutdown before the shields were fully up. However, the Klingon and Romulan warbirds kept on their path, and the Doyle was able to come to a stop before it entered maximum sensor range.

It was at this time that Faranster was able to brief the crew of their true objective. But before that, three new members joined from the USS Nighthawk, Lt. Cmdr Rune Jolara, Lt. Cmdr Collim Kieran and Ens. Sivah. Faranster briefed his crew, telling them their true objective, and how he would be sending two teams down - one official team to negotiate with Lord Mayor on the main city of Cart'hen III - Mith, and a covert team to locate and capture the Maquis Reborn agents.

What the crew of the Doyle did not know, was that Jalob Malanito had started to make a deal with Admiral Mulix of Starfleet Intelligence. When the teams beamed down, the one lead by Lt. Cmdr Udas began to negoiate with him. Just then, news reached them of over 12 suicide bombings on the world of New Scotland, which also led to the death of the Prime Minister of New Scotland. And to make this more difficult, Vardash, a smuggler, sent a virus to knock the Doyle's shields, weapons, teleporters and communications out. 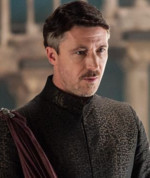 Thanks to the efforts of Lt. JG Sabrina Holly and Lt. Ceciri Ariadust, they were able to purge the systems of the polyphonic virus. Additionally, Ens. Shirazi Myrta was able to determine that the virus had affected the sensors, and provided vital information that allowed the satelites emitting the false signals to be destroyed. At this time, they were able to restore communications, only for the team lead by Udas to be fleeing from the planet in the Mayor's yacht - with him in it. Just before they were destroyed by pursuing ships, the Doyle beamed them aboard, and then were surprised that the other team, sent to hunt down the Maquis, had all been beamed up, minus Cmdr. Tal Tel-ar

Just as the ships began an attack run on the Doyle, a second Federation ship exited slipstream, delivering new Ens. Cassandra Ezi. Perhaps spooked by this second ship, the attacking ships scattered. On the Doyle, the crew began to speculate about how closely they were watched for two ships to intercept them on a "covert" mission. However, even as they worked to capture the two targets and rescue their Chief of Security, three shuttles emerged on an attack run. To their horror, they discovered they were loaded with tricobalt bombs. However, Valdash came to their rescue, helping them avoid the suicide attack. Unfortunately, while they were able to rescue Tel-ar, and capture Kav-Nhoo, they were not able to capture Ruchard. With one prisoner in, they returned to DS285, with a mixed conclusion to this mission.

Addendum (SD 239206.21) - The shuttle containing Cmdr. Michelle Lizner and Jalob Malanito was found destroyed approximately 12 hours out from DS285. Intelligence sources point strongly towards the Maquis Reborn as the agents.