From 118Wiki
(Redirected from Helling, T'Var)
Jump to navigation Jump to search

Lieutenant T'Var Helling is currently serving as Chief of Security aboard the USS Apollo-A.

T'Var began school on star date 237209.01 on Ivor Prime where she spent one term before moving to Alpha V with her mother. She continued her primary and secondary school education on Alpha V. 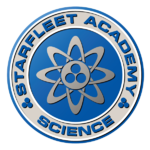 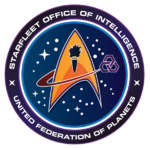 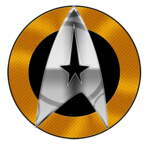 At Star Fleet Academy she began studying to be a science officer but a few months into her training she switched to a joint major in tactical and intelligence. During her first two years in the Academy T'Var studied on Earth, San Francisco. Her third year she spent studying on Star Base 118 and during her last year she studied aboard the USS Centris-A.

On 239110.21 T'Var graduated top of her class. Leland Bishop finished second in the class, the two had a rivalry all the way through the Academy and took their final exam together.

T'Var grew up as a bilingual child, learning Klingon from her mother and Federation Standard from her father.

In school on Alpha V, T'Var took an interest in Human languages. In primary school she was taught small amounts of French, Spanish, Russian and Mandarin. She developed a particular love of Mandarin and continued studying it all through her school life. In high school she also started to learn Romulan and Vulcan. And during her time in the Academy T'Var took modules in both Trill and Vulcan.

T'Var was born on Ty'Gokor where she lived for the first year and a half of her life. Although she was only very young at the time, some of her happiest memories were on Ty'Gokor this was because her brother, who doted on her, was living with the rest of them. Once they moved to Ivor Prime her bother was assigned to a Klingon ship the IKS Negh'Var. One year and 9 months after his assignment, K'tal was killed in the line of duty. His death devastated T'Var and it was because of his death that she decided to enter Starfleet rather than follow in him in the Klingon Empire.

When she was 5, T'Var and her mother moved to Alpha V, a human colony. While there T'Var became close friends with a Human boy, Aaron, and a Bajoran girl, Sipo. They were in the same classes all through school and seem to always be getting into trouble. The same was also true out of school. Despite their troublesome reputations they all finished school with exemplary grades and in the end they all went to Starfleet Academy.

Shortly after T'Var joined the Atlantis they were sent to investigate an out of date Starfleet signal which was originating from the Norlian Nebula. Upon reaching the Nebula, Atlantis discovered the USS Christopher Pike, a ship that had been missing since the year 2299. T'Var was part of the away team that was sent to explore the Pike. They had to use the Tiger Shark, since transporters wouldn't work in the nebula. While the outside of the Pike appeared largely undamaged, the inside had sustained substantial damage in places, there were also strange smudges on the walls and floors which, they discovered during further investigation, were the remains of the Pike's crew. As time moved on the Atlantis began to run into living members of the Pike's and a Romulan's crew that had all been displaced in time. Chroniton shielding and probes for the PANIC Room, recently created by Ren Rennyn and Daro Conti, were used to find a safe path out of the Nebula and time rift for the Atlantis as well as send the USS Christopher Pike back to their own time.

During shore leave T'Var was promoted to Lieutenant Junior Grade. And became Chief of Tactical and Security.

After leave the Atlantis was sent by Starfleet Command to the Par'tha Expanse as the Bravo Outpost in the Piktar system had gone silent (part of the Prometheus Incident). As with their last mission, T'Var was sent as part of the away team to the surface of Piktar I. When they reached the surface of the planet, they discovered it was crumbling, this resulted in large section of the earth collapsed in taking half the outpost with it. The away team split into two groups, T'Var's consisted of Ren Rennyn, Johnathan Pike and herself. Her group headed back to the Tiger Shark while the other group went to investigate the remainder of Bravo Outpost.

When flying the Tiger Shark down the chasm, T'Var's group discovered a large, secret underground lab facility. There they met Elsa, a genetically modified Terran, who was the cause of earthquakes and sinkhole. Their priority then became to save the scientists, and Elsa, in the facility before it collapsed completely. As the planet destabilized more, with the Tiger Shark stuck in the underground facility, it looked like the away team might never survive the planet but just when everything seemed lost the Atlantis arrived and beamed everyone to safety.

Everyone from the planet was saved; scientist, away team, even Elsa (though she was in cryostasis). But on the Atlantis they had suffered a terrible casualty. Gwen Gardener, Chief Engineer, was killed when a console exploded next to her. As a result of this a memorial ceremony was held in the holodeck immediately following their mission on Piktar I.

Then the Atlantis traveled back to SB26 to drop off the scientists, and Elsa, of Bravo Outpost. As well as give the Atlantis Crew a well earned break.

During shore leave T'Var was promoted to full Lieutenant.

While they were in the Arboretum for the promotion ceremony the Star Base went into lock down. Eventually the Atlanteans were all able to escape and make it back to the ship where they were given some disturbing news; Captain Blueheart had been captured on security footage killing the Captain of another ship and then he disappeared. The crew of the Atlantis , under the command of Tracey Townson, worked to find Raj Blueheart. They tracked him to a planet called Holonna. The inhabitants of Holonna weren't warp capable so despite the fact they were almost identical to Humans the Atlantis crew would have to be careful not to break the Prime Directive. To this end, T'Var and Adam Haase adapted a personal dampening device so that it could make a person appear, both externally and internally, as an entirely different species. But before the need to use it came Raj Blueheart was returned to the ship.

While on root to the Typhon Sector the Apollo-A encountered a subspace anomaly that made the ship slit into many different phases, with different members of the crew trapped in different phases. While trying to put the ship back into one phase it was discovered that the only thing that remained constant throughout all the phases was the graviton plating, this was why the crew weren't falling through the decks and out into space. The graviton plating could then be used to sent rudimentary messages between the phases. Eventually the QSD was used to coalesce all the phases and put the ship back into it's correct phase. It was during this mission that T'Var met Ensign Roshacari, a young security officer.

Once the Apollo-A was once again in it's correct phase and repairs were complete and the injured treated the ship and her crew continued it's course to the Typhon Sector.