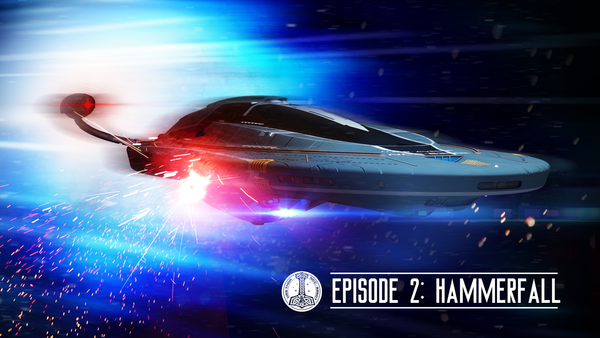 In the slipstream ether there were three voices that were communicating with each other. They were planning on restoring order to their place which became a scattering cacophony.[1]

Meanwhile on the bridge of the USS Thor, Commander Teller was preparing to engage the QSD to return to Captain Kells and the USS Tharsis. It went off without any problems. In fact, Teller could hardly feel the jump into the slipstream.[2] Suddenly, without warning, the Thor was ripped open by something on its port side.[3]

The Thor left orbit on schedule and prepared to make the transition to quantum space. Upon engagement of the QSD system, however, the Thor was impacted by an unknown object which was able to bypass the vessel’s shields and struck amidships at deck twelve. The object continued along its initial trajectory and finally came to rest on deck fifteen. This caused significant damage to the Thor’s hull and internal systems including sensors, communications and plasma distribution. Further, it became clear that the object, hereafter referred to as a ‘mine’, was the source of a gravity well that would result in the total destruction of the USS Thor should it disengage the QSD and leave quantum space. In addition, QSD technology is not designed for long-term use and would critically overload and initiate an auto-shutdown – which would also result in the complete destruction of the Thor.

Acting Captain Teller called a remote conference of the senior staff and formed a multi-faceted plan to address both the situation and the root cause. Doctor Addison MacKenzie was to coordinate the disaster response efforts from the primary sickbay on deck ten along with Doctor Quen Deena and Doctor Alieth. Lieutenant Commander Krindo Pandon, supported by members of the security and marine units – including Ensign Dar Elandra and First Lieutenant Wes Greaves were to assist in the recovery of trapped crew and render aid where possible. Ensign Sirok and Junior Lieutenant Kortho Yang were tasked to stabilise the systems and superstructure of the USS Thor and ensure the QSD remained stable while repairs were affected. Lieutenant Lorian Lovar and Ensign Tara Wilkins were assigned to investigate the source of the gravity well and begin examining possible ways to remove the threat.

Initial reports from Commander Pandorn revealed that the mine was, essentially, a piece of subspace. In addition to this a Laudean member of the crew, Crewman 3rd Class Kerr, was able to confirm this using their Fielding ability. It appears that the mine existing in subspace allowed it to penetrate the shields and hull of the Thor before becoming entangled in our own subspace field.

It was decided at this stage that Doctor Addison Mackenzie would lead an evacuation flight of all non-essential personnel to the nearest Federation outpost as the Thor passed close to the Bajoran sector. The operation was not without risk due to the QSD field and runabouts and shuttles making the transition to normal space but all vessels successfully evacuated.Following this Captain Teller formed a new strategy to attempt to remove the mine from the Thor – this would take the form of a three-phase approach that would involve destabilising the link the device had to subspace, find a way to neutralise the mine and, more vitally to continue to maintain the security of the QSD to give the maximum window of opportunity to put any devised plan into action.

Lieutenant Commander Alex Brodie was assigned to head up the first of these assignments alongside Ensign Sirok, Lieutenant Lovar and Ensign Kinnear. It was decided that, if the appropriate subspace frequency could be identified then it may be possible to disrupt that frequency and cause the mine’s anchor to subspace to be broken. This was to be conducted using a subspace differential pulse via an array of class-four and class-two probes arranged close to the alien artifact. During these frequency detections, however, beta and gamma wave emissions were detected but, more worryingly, theta waves were also detected. These appeared initially to be a series of brainwaves that were somehow connected to the device. Further, frequency applications to the mine resulted in tetryon particle bursts that risked causing significant damage to the ship. It was decided to consolidate efforts in a final attempt to free the Thor from the object.

Work carried out by Commander Pandorn and his team to prepare the bulkheads and force fields to allow a controlled hull-breach were in place and a series of probes emitting a synthetic QSD drive signature were placed into a ship synchronous orbit. These features, combined with the destabilisation frequencies, allowed a controlled release of the device from the vessel as the ship exited quantum space under the helmsmanship of Lieutenant Commander Garcia. This, however, was not without incident as further damage to the structural integrity field and inertial dampeners led to further damage to the superstructure.

Meanwhile in the main sickbay, Ensign Tara Willians and Doctor Quen Deena managed to extract part of the mine from a marine officer and they were able to study its nature briefly before it vanished. At the same time, Alieth was called to help Dar Kalib, Quen Deena's son. Somehow, the young Half Bajoran had received a telepathic inference from creatures inhabiting the QSD, known as The Eidolon Mandate, who were the creatures behind the attack. To free him from the influence of the Mandate, Alieth melted with the boy, which became complicated and from which they had to be extracted thanks to the assistance of Commander Teller.

While the Thor was now safe and free of the alien mine the damage to the vessel together with the isolated nature of the ship beyond the furthest reaches of the Federation the regretful decision was made to abandon ship. The preparations were made for this eventuality but it was not required due to the timely intervention of Fleet Captain Kells aboard the USS Tharsis leading a taskforce, that also constituted the USS Indefatigable and USS Alameda, who had been advised of the situation aboard the Thor by Doctor MacKenzie.

This taskforce towed the Thor back to Federation space where she is currently in dock at Deep Space Nine, in the orbit of Bajor, awaiting repairs. The final fate of the mine remains unknown. This event placed and intolerable burden on the entire crew of the USS Thor and particularly on Acting Captain Geoffrey Teller. Captain Teller, however, never failed to act in the best interests of his crew or the safety of his ship under these circumstances and this should be reflected in the official record.

At this time, the number of fatalities connected with this incident stands at one-hundred and eighty-three. A full list of those lost is appended and should be forwarded to the office of personnel management as soon as all appropriate verification processes have been completed. 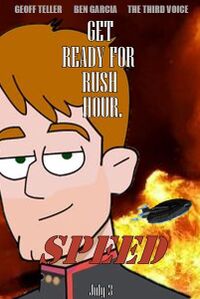