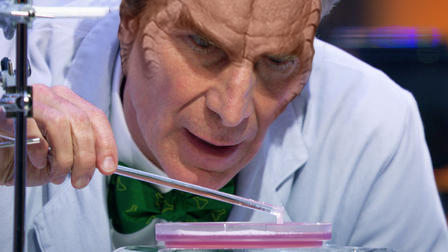 German Galven has more than enough experience in science labs. When placed on the USS Veritas, he immediately took a liking to the Primary Science Labs on Deck 4. He likes to experiment on things that don't normally need any kind of experimenting on. When Lorian Lovar arrived on board, German was hesitant towards the Vulcan, but after he saw how much ingenuity he had towards his plants, German had a instant respect for him.

Then soon after transferring to the USS Montreal, German was made Chief Science Officer. He enjoys most of his time in the Quantum Mechanics lab, but loves all the labs.