From 118Wiki
(Redirected from Fenelli, Mary)
Jump to navigation Jump to search

Mary Fenelli is currently a Civilian . 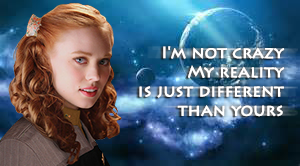 "There is no fun in a perfect life. So make a risk. Take a chance. Go where your starship takes you."

Mary Mauve Fenelli was born in Dubuque, Iowa on the planet Earth on star date 237002.08 at 13:31 hours. She was born to the parents, Jack and Mauve Fenelli. Mary from birth was a troublesome child, in fact her mother was stuck in the hospital, in labor for 23 hours giving birth to Mary. Once Mary's parents came back from the hospital with her, they realized how hot it was outside. The temperature recorded for that day was 105 degrees Fahrenheit. Mary's mother was weak and frail after giving birth for so many hours, and it was hard for her to walk in the heat. Sweat poured from her mothers head and rolled down onto Mary, filling Mary's face and mouth with pools of sweat. Unable to breathe, Mary began to choke on her mothers sweat. Mauve, Mary's mother didn't notice until they were inside that Mary was choking. Getting the sweat out of Mary's mouth was difficult, but it was finally accomplished, and Mary was able to breathe again.

Mary's parents were only wanting one child, and so they had only planned on having Mary's oldest sister, Kathryn. When Mary was born, the house filled with disappointment, but Mary was never neglected. Kathryn was glad to have another playmate, but her parents were unhappy to have another mouth to feed.

At the age of three, Mary had gotten a new sister, Phoebe. Mary couldn't have been happier, not too mention, Mary was the picture of health and she put the 'T' in trouble. Mary would spend all day hiding from her parents, just to see if they would notice, she found it quite amusing. Mary also had a habit of throwing everything away. She would walk around the house and find jewelry, toys, blankets, and just about everything and she would just dispose of them.

Once Mary was 10, she began to see the real joy in life, well, people's pain was joy to her. She began pranking everyone in the town. She would come in there house at midnight and turn there thermostat down to 30 degrees Fahrenheit or up to 90 degrees Fahrenheit. She found it quite amusing when her neighbors woke up screaming for blankets, or fans. One night, Mary decided to freeze her parents house, not considering the consequences. After that night, Mary was forced to go to a Vulcan school for discipline.

Mary spent 4 years at that school, and away from her family. By the time she had returned home, her father had very troubling news. He had gotten into a shuttle crash about 3 months before Mary's return home, and he was now, (Do to clotting of blood and tissue) impotent. This didn't upset Mary, but it upset her mother much. Both Jack, Mary's father, and Mauve, Mary's mother isolated themselves from their children.

At that point, Mary decided that she wanted to become better than everyone in her family. Mary went to school until she was 18, then she joined Starfleet Academy. Within the first year of Mary joining Starfleet, her father passed away, but it didn't affect Mary at all. Mary continued to work as hard as she could at Starfleet and to become an officer. By Mary's second year of Starfleet Academy, Mary had gotten herself a boyfriend. His name was Stephon and he and Mary formed a close relationship. After dating for about six months, Mary discovered that she was pregnant. She excitedly told the news to her boyfriend, but he was not so excited. Mary's baby ended up as a miscarriage, and her boyfriend left her for that. Mary never completely recovered from that loss.

The last two years of Mary's academy were the hardest on her. She had written a resignation note to Starfleet Academy which still sits on her dresser to this day. Mary never had the guts to give the resignation to her training officers, which is a blessing. If she had given the resignation Mary would not be what she is today.

Since Mary's struggles, she has made it to her forth year at StarFleet academy and she is a Ensign on a Intrepid class Star ship, USS Atlantis 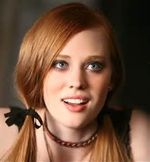 Remembering Old Faces
Pro Arm Wrester
Whirling Derby
If You Massage Mine, I'll Massage Your's
The Hallucinations Begin
Food At Last
Is anyone Listening to me?
A dream turned into a nightmare
Welcome To My Teenage Nightmare
Rembering Old Faces 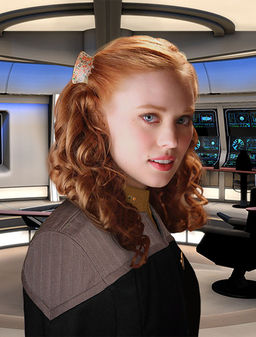 After being assigned to the Atlantis, Mary hopes to one day be the captain of an Intrepid class starship.