There are Studio and One bedroom styles of rooms available for Singles in the Watch Tower. Occupants can custom decorate using a replicator that is installed in each room. Most of the Singles' rooms have third floor view of the garden trees.

A one bedroom suite is available for married couples. Larger than both the studio or one bedroom given to singles the double's suite offers a private getway. Each unit has a master bedroom, a bathroom, a living room , and kitchenette with food replicator.

A two and three bedroom style apartment is available for officers with children. Each one contains a master bedroom, one or two bedrooms, a bathroom, living room and a kitchenette with a food replicator. All of the first floor rooms have a working fireplace along with a fire supression system should it get out of hand. 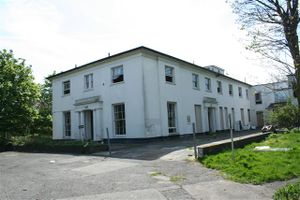 The barracks are the communal living area for the Marines. It is the area of the Marine Complex that is designed to house the Marines in one location as dictated by military guidelines. The Marine Barracks are equipped with the minimum comfort that Starfleet must provide, and these minimum comforts include a bunk, an LCARS coded locker and footlocker as well as a communal bathroom to be shared between squadrons. This might seem sparse compared to the luxury given to Starfleet officers, but it is by and large the only comforts needed by Marines. It is commonly believed that a unit that fights and lives together is more productive. They become a family instead of colleagues, and their work becomes their life in lieu of a job. A Marine learns to protect their brothers and sisters in a way that a pack of wolves would protect their own.

Marine officers' quarters are within the Marine Complex. Starfleet Marine personnel from the rank of 2nd Lieutenant up to Lieutenant Colonel are given one set of Officer's Quarters to themselves in an effort to provide a private environment to perform off-duty work. These accommodations typically include a small bathroom, a bedroom with a standard bed, a living/work area, a food replicator, an ultrasonic shower, and a personal holographic viewer.