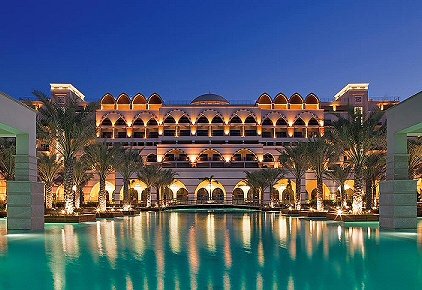 By the time the USS Thunder arrived, the Laudeans had ousted the remaining Romulans, and had taken over the Federation Embassy for their own office use. Prime Minister Ahishma Chandra offers the Federation representatives, the newly renovated Romulan Embassy instead as insurance that the Romulans would not try to reoccupy it. This meant that the staff of the Embassy would try to replicate the following amenities that were available to them at the former embassy building. 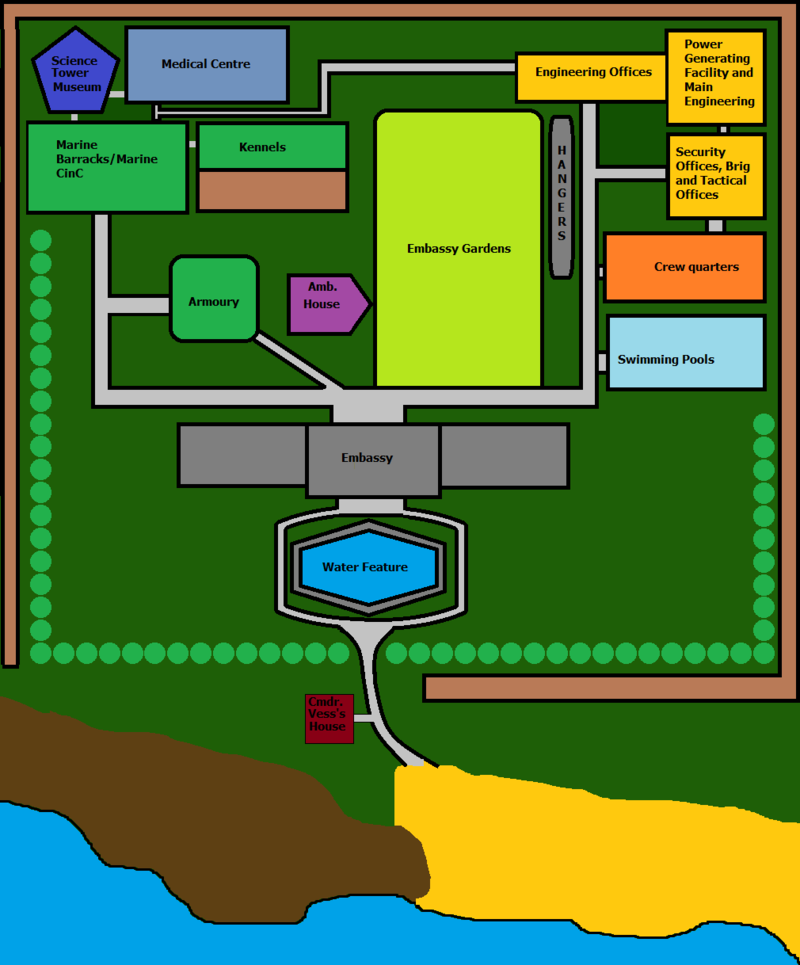 Below is the working list of things that need to be reproduced at the New Embassy.

The previous Federation Embassy complex was built following the terrorist attack of 2381, and in 2388, it was rebuilt after vandals ransacked and destroy the buildings after the Federation Staff was ousted in 2386. Although the old architecture was preferred, unfortunately the design plans had also been destroyed. The new design is a close facsimile, with exception of the grounds.

Incorporating heightened security technologies and following Starfleet design parameters, the various departments of the Embassy are linked through atriums, corridors and extended stairwells. Both visitors and staff can gather in the large open atriums in addition to the building's many conference rooms and offices.

One of the changes to the Embassy grounds, was the addition of a swimming pool for visiting dignitaries. It was felt that swimming in the sea presented too many security issues. The rather large grounds could accommodate the main building and associated fore grounds, what has affectionately been termed the "backyard" (incorporating many gardens and a small shuttlepad), and the docks and Cultural Annex along its share of the coastline.