The Embassy of Duronis II is a United Federation of Planets diplomatic installation on the planet of Duronis II in the Luxis system. It's facilities are augmented by the USS Thunder-A.

The Laudean species became warp capable in 2379. Upon discovery of their newfound abilities, StarFleet made First Contact, followed by the Romulans and Zalkonians soon after. What ensued was a dramatic social upheaval of the Laudeans, resulting in a revolution that destroyed their modern monarchy and world government, and replaced it with a socialist republic.

The three major powers vied for the opportunity to bring the Laudeans under their protection; the Federation to ensure that the others couldn't destroy the culture, the Romulans to gain access to the Laudeans' ability to sense energy fields, and the Zalkonians for the resources and strategic value of the Luxis system. All three occupied embassies on Duronis II, and worked to woo them into an alliance, but in the end, the new Laudean government was coerced into choosing the Romulans to ally with. In 2383, the Zalkonians and Federation vacated Duronis II. Subsequent reviews of Duronis II by Starfleet forces have found the Laudean standard of living deteriorate substantially as Romulan operatives took greater control over the government and began exploiting the people, and their Fielding ability, for their own gain.

In 2388, immediately after the Destruction of Romulus and Remus, rioting broke out as anti-Romulan protesters took to the streets in an attempt to drive Romulan forces from the planet. The Romulan Ambassador was recalled to help with more pressing diplomatic issues elsewhere, but a number of Romulan operatives remained in control of government ministries. The Laudeans, having watched their culture deteriorate during their alliance with the Romulans, took the opportunity to contact the Federation, inviting them back to Duronis II for protection from renegade Romulans, the fragmented Tal Shiar, or any other opportunistic species that could endanger their culture. The Federation agreed, and sent the crew of USS Thunder, captained by Toni Turner, to reopen the Embassy, and serve as its staff.

By the time the USS Thunder arrived, the Laudeans had ousted the remaining Romulans, and had taken over the Federation Embassy for their own office use. Prime Minister Ahishma Chandra, now back in office, gave the Federation representatives, the newly renovated Romulan Embassy instead as insurance that the Romulans would not try to reoccupy it. 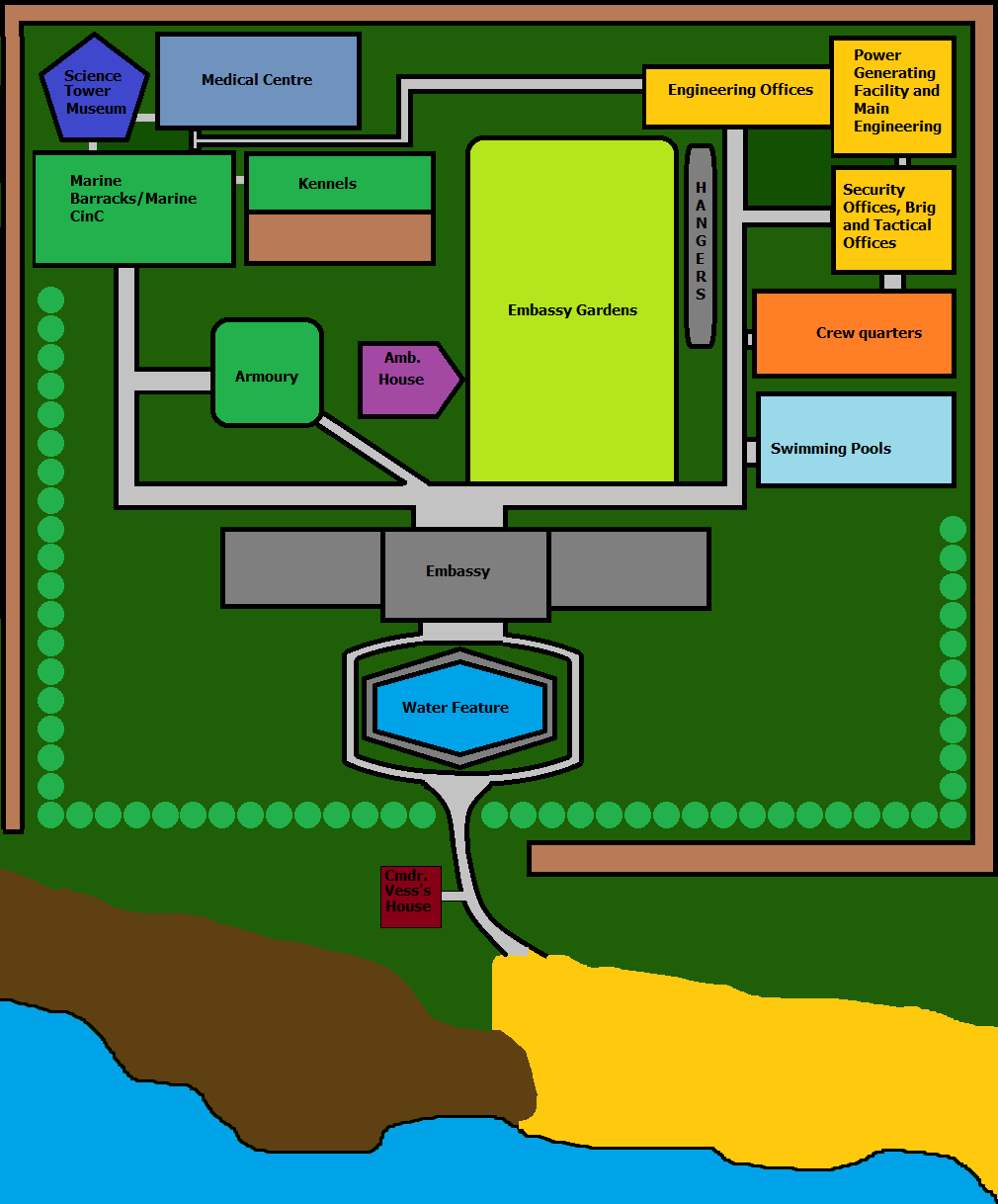