From 118Wiki
< Dial
Jump to navigation Jump to search 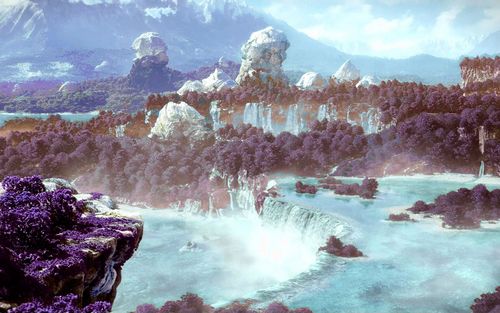 The violet forests of Bolias Dial is missing dearly

Dial was born in 2365 on Bolias. It was the typical life of a Bolian child born on the small colony. At the age of 4 she started to be educated in general. When she was 10, it was the first time for her to decide of her own what she wanted to study next. She discussed for a quite long time with her parents about what would be the consequences of her decision. As her interests were ranging far, she wanted as many courses as possible. She didn't have much free time during these years and soon felt isolated. Since the Bolian education system allowed her to change courses easily, Dial made a decision. She replaced some courses for extracurricular activities where she found new friends.

During her teenage years she found her interest in medicine and sooner than later a very special interest in medicine of alien peoples. At that moment becoming a Starfleet officer became a goal for the first time in her life. She didn't know too much how Starfleet Academy chose its recruits, yet. When she learned that among Humans education was sort of a competition, she started to study harder all the subjects that she might prove neccessary to enter Academy. But in the meanwhile her parents had become sick and old. She and her older brother, Boe, had to care for all their siblings and the parents. Dial realized that she wouldn't be able to apply for Starfleet Academy at the age of 18. But Dial hoped, she might go next year.

At the age of 19 she asked her brother, Boe, as well as her parents to be allowed to leave for Earth. All of them neglected her wish saying that there was too much work to be done. Dial stayed one year but felt constantly more unhappy with her situation. When her parents saw how much she suffered from not being allowed to leave they had a talk with her. It was just in time because if she wanted to join Academy with 20 years she would need to leave still in 2384. Elsewise she would not have made it in time to reach Earth. At the end of the discussion her parents allowed her to leave with their permission. They agreed that Boe, Saja and Taja were old enough to care for themselves and ther little brother, Oak.

Only Boe was angry at her for the decision. He found it selfish to leave him with so much to worry about. Even when Dial left for Starfleet Academy Boe did not bid farewell to her sister being still angry. After Dial had left, he was unable to attend any kind of school any more for he had to tidy up the family's home, be Oak's nanny and do all repairments in the house. He did that so the twins could attend medical school and get a job in the Bolian health system afterwards. By staying at home, he buried his dream of becoming a Starfleet Officer one day himself which he had since he was a little child. But it was his Bolian nature that made him think to be responsible for all his sisters. That is the reason why he let them put their dreams into practice. Subconciously he started to be angry at all of his sisters and keet good working relationships with his brothers.

Dial's arrival on Earth was weird. All the different species in San Fransisco were new to her and though she had studied their anatomy and illnesses, she realized for the first time how many species were part of the Federation. Although it was strange and new to her, she was amazed. At Academy she learnt even more species and became friends with Efrosians, Humans, Denobulans and many others. As during her teenage years she enjoyed many extra curricular activities with her friends and even started to have fun in sport. But her main interest laid still in interesting debates about history, politics and literature. She also joined some sort of Academy press that collected excellent Students' essays and published them. Dial herself wrote some essays in her free time but she was most proud of an article about an aspect of interstellar postwar society after the Dominion War.

While she studied in San Fransisco, she spent her first semester breaks at a medical facility in Florence. Although she did her best, she dropped this after the 3rd Semester because she wanted to spend more time with her friends. In the end, the opportunity of studying at the Florentine institute was gone. Without a chance to promote with a PhD within the next couple of years, Dial was forced to start the career as a nurse. She had studied nursery to be a become a doctor close to the patients. Now it caused her some frustration that she didn't consider science. At least, she could spend the Cadet Cruise with her Academy friends before saying good-bye to most of them.