Inside the Deputy Chief's office, one can see an orderly office just a bit smaller than the ambassador's official office. This is where the deputy chief would conduct meetings with Laudean officials as well as see the primary staff of the ambassador.

Upon entering the office, one would notice a rather large window that viewed the south side of the Embassy Complex. In front of it, were two flags - the flag of the Federation and the flag of the Laudean people. Commander John W. Sheriden, former Deputy Chief, had ordered the Laudean flag to be placed there in equal standing to that of the Federation in hopes to remind everyone who entered his office that that was the Embassy's primary mission...the future joining of the planet Til'ahn to the Federation.

In front of the two flags was a desk that was orignally used by Commander Sheriden when he was the Deputy Chief to his traitor of a father. He wanted it there only because it was his desk, that his father had ordered to be made especially for him. The chair that he was using was a little bit nicer then the chair provided by the Klingon homeworld when he used to work for his father.

Off to the right was a couch and a set of chairs for meetings with the staff or various dignitaries and their staff. Off to the left was the food replicator and a shelf that was full of various busts of important people in Earth's time. There were two key busts that Sheriden was quite fond of...one was the bust of the forty-third President of Earth's United States, George W. Bush...Sheriden was quite fond of the President as he was a man of decisiveness in him. Another bust was that of Federation President Nan Bacco...she had to lead the Federation though a time of peace that was filled with so much uncertainity. The deputy chief respected that.

If one looked down at the floor of the office, one could see a huge symbol of the United Federation of Planets, and above a huge symbol of Starfleet. Sheriden understood his primary mission here was for the Federation, but he served in Starfleet so he wanted both represented in the room. 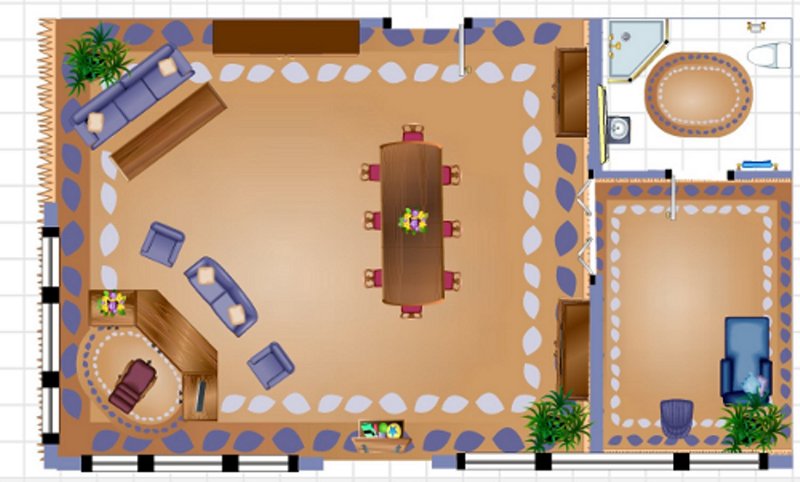